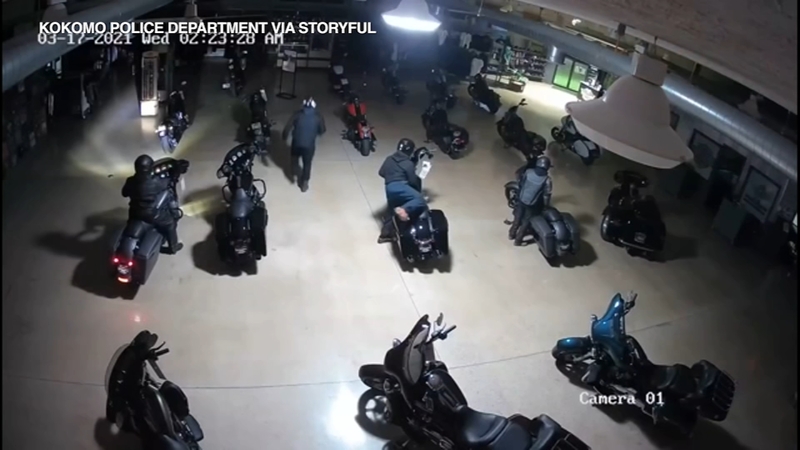 Police in Kokomo, Indiana, released the video showing the burglars inside the Harley-Davidson dealership located at 335 South 00 EW as they each rode out on motorcycles early on Wednesday morning.

The Kokomo Police Department said the suspects were all wearing "concealable clothing and motorcycle helmets" when they were filmed entering the showroom at around 3.22 am. The suspects all started the motorcycles and drove out the building's main showroom doors, police said.

The combined value of the four stolen motorcycles was estimated to be over $95,000.