At least 5 dead in tour bus crash on Calif. highway 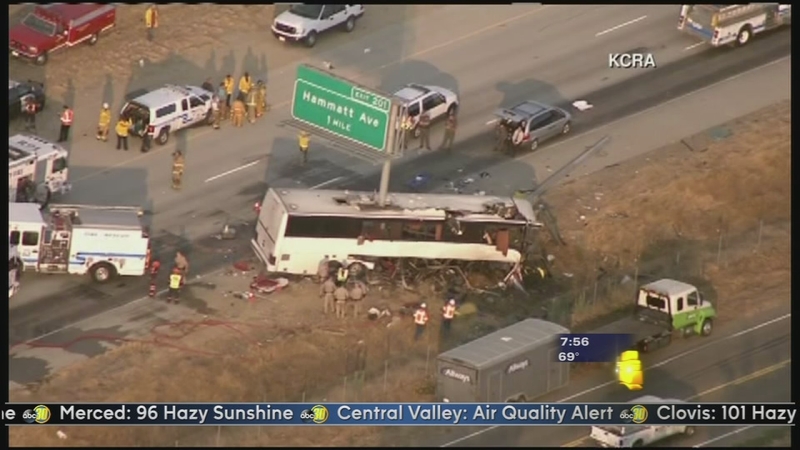 FRESNO, California -- The California Highway Patrol said a tour bus was carrying about 30 people when it crashed into a highway pole around 3:30 a.m. on Tuesday. The bus came to rest with the pole through the middle of it.

At least five people have been killed in the crash. Five others were airlifted to local hospitals. CHP said all rescue efforts are complete after at least four people were trapped inside the bus after the crash.

Survivors of the crash have been taken to the Merced area CHP office where they have been given food and water. CHP said the driver of the bus is Mario David Vasquez. He survived the crash, but suffered major injuries.

The crash happened on northbound Highway 99 at Liberty Avenue, between Atwater and Livingston. The bus started in Mexico and was traveling to Pasco, Washington. It had already made a stop in Los Angeles and the next scheduled stop was Livingston followed by Sacramento.

The California Highway Patrol says the tour bus was carrying about 50 people when it crashed into a highway pole around 3:30 a.m. on Tuesday.