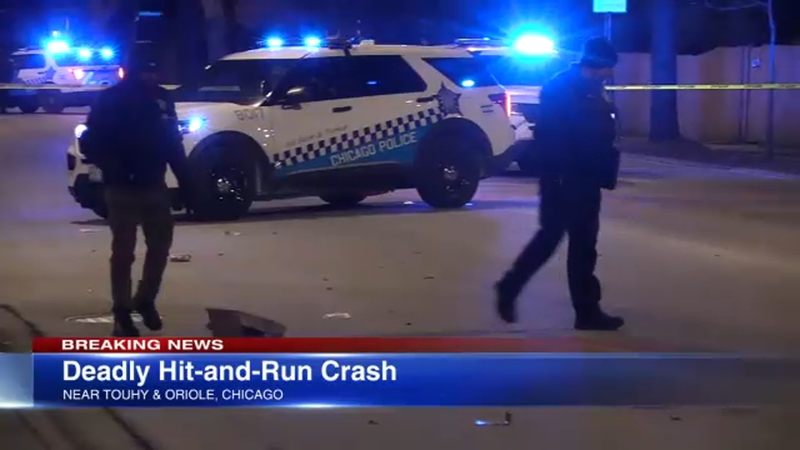 CHICAGO (WLS) -- A pedestrian was struck and killed by a vehicle Thursday night in Edison Park on the Northwest Side.

Witnesses said the victim was crossing the street near the bus stop on the opposite side of the road in the 7600 block of West Touhy Avenue around 6:15 p.m. when he was struck.

The driver was behind the wheel of a Jeep just kept on going and fled the scene, police said.

The pedestrian, a 57-year-old man, was taken to Lutheran General Hospital where he was pronounced dead, police said.

The neighbhorhood is quite residential, but being just off Harlem and so close to 294, those who live nearby said that stretch of Touhy is quite dangerous and has seen a handful of accidents just over the last year, as vehicles speed through the area.

"No cars stop, people fly down here. We've had cops sit down there last summer where the buses pull over just to see how many people flew past here and they must've stopped like four cars," said nearby resident, Sharon Sands.