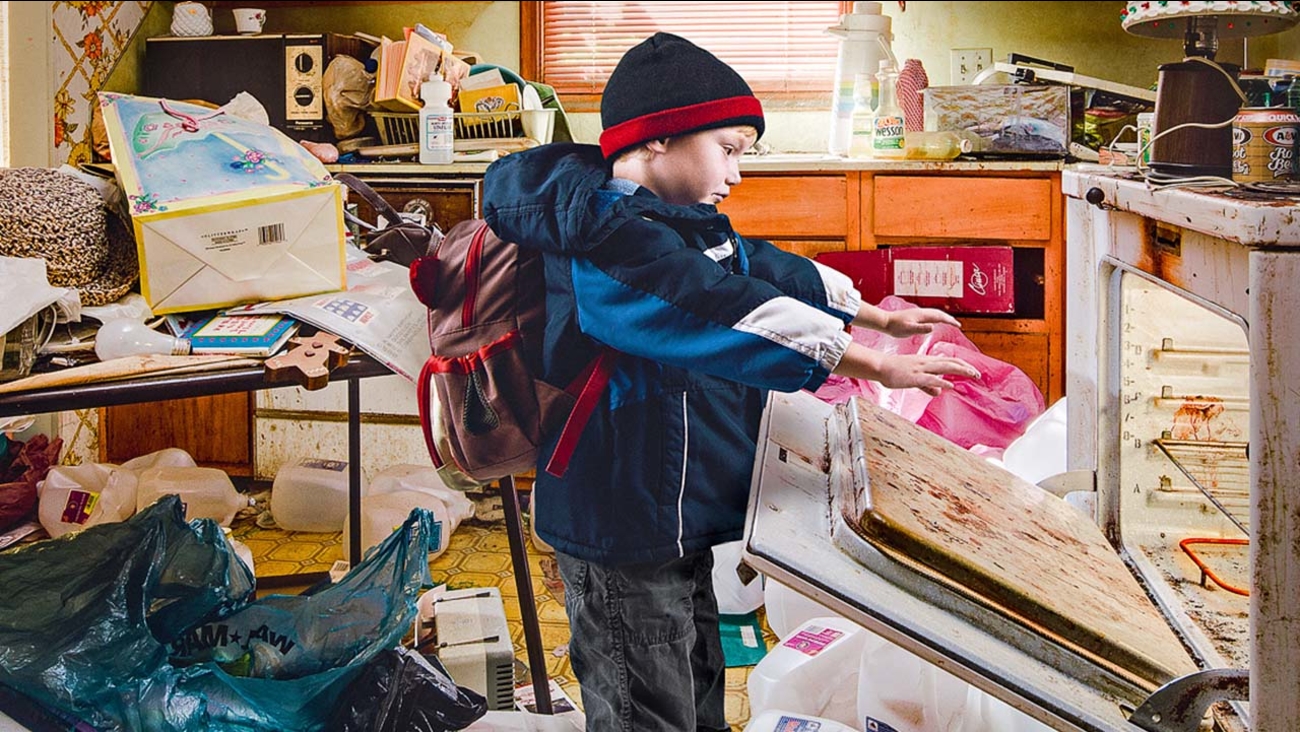 In a stunning photo series showing the massive amount of junk and garbage cluttering throughout the house, one photographer recreated what his childhood home looked like as he grew up with a hoarder mother in Omaha, Nebraska. 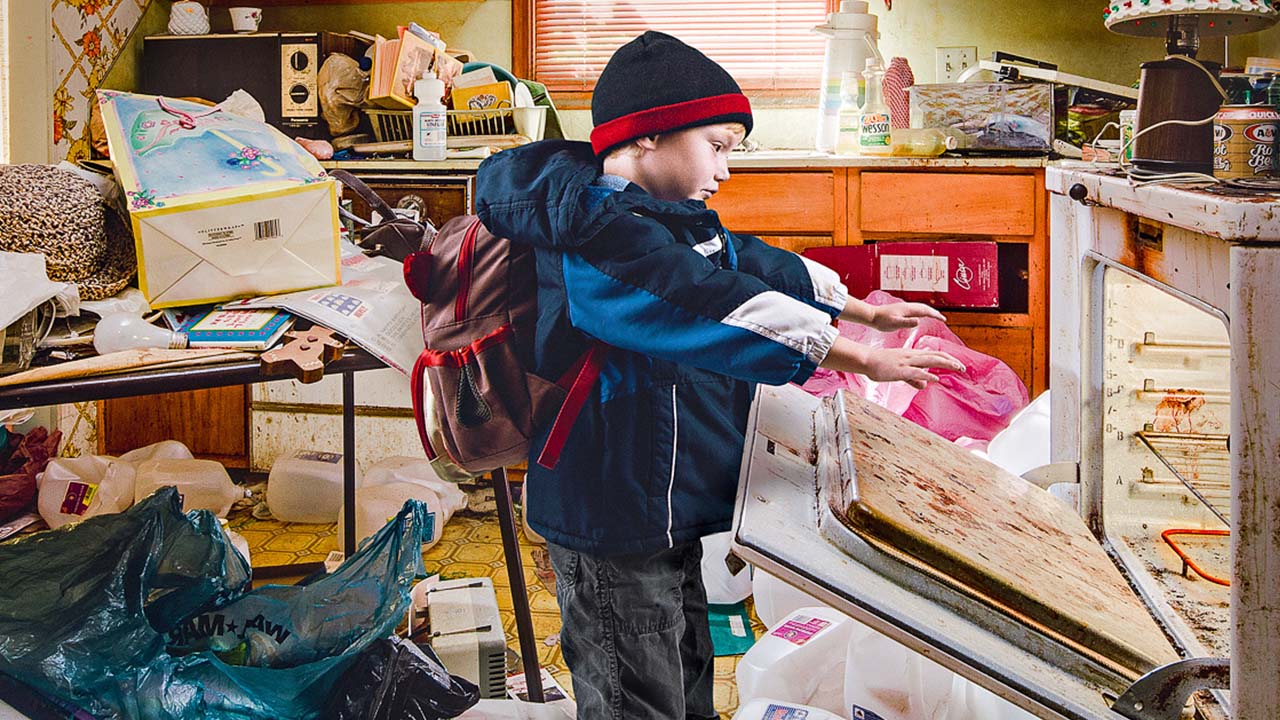 PHOTOS: What it looks like growing up in a hoarding home
Photo series showing the massive amount of junk and garbage cluttering throughout the house, one photographer recreated what his childhood home looked like as he grew up with a hoarder mother.

Photographer Geoff Johnson, 38, created beautiful art out of the ugly reality, casting his son and niece -- both age four -- to reenact the roles that he and his sister Jennifer McShea, 36, had played in real life.

"I always wanted to do a photo shoot inside the home I lived in," Johnson told ABC. "I didn't want any negativity surrounding my mom. This is our story. We shed a light on how we grew up."

After Johnson and McShea's mother passed away in 2013, Johnson snapped dozens of photos of the still unkempt Omaha house, looking just the way the children had left it 20 years ago. Because they deemed the home too unsafe for their children, with a caved in ceiling and unhygienic mess, Johnson took photos of his son and niece away from the home and Photoshopped them in later.

The siblings hope to expose the trauma of growing up in unlivable conditions and how they struggled to avoid judgment and shame.

"A lot of photos out there with hoarding don't show the impact on children," said Johnson. "The rewarding part about this is the message it sends to other hoarders that you are not alone."

Johnson told ABC that he had no memories of the house being cleaned and he and his sister didn't know any different.

"But we knew we couldn't let people in and we were very aware of the fact that we had to keep it hidden," shared McShea. "As I got older it became more of an embarrassment."

McShea said that she and her brother spent a lot of time out of the house as kids, and that their mother actively tried to keep them away from the declining home. The family was not at all reclusive, as most families are from hoarding homes, and most assumed they were a "great, well rounded family."

Though few were aware of the disaster inside.

"The kitchen was one of the rooms that made our home seem most abnormal," McShea wrote on her blog, Behind the Door. "I have no memory of the kitchen sink ever working. I'm not sure if it was a broken pipe or a clogged drain. I just don't ever remember being able to use the kitchen sink."

"The house festered and one problem led to another problem," said Johnson. "You get buried so deep into it, you can't fix it. Trying to help a hoarder is very difficult."

But both Johnson and McShea said they have no resentment for their mother.