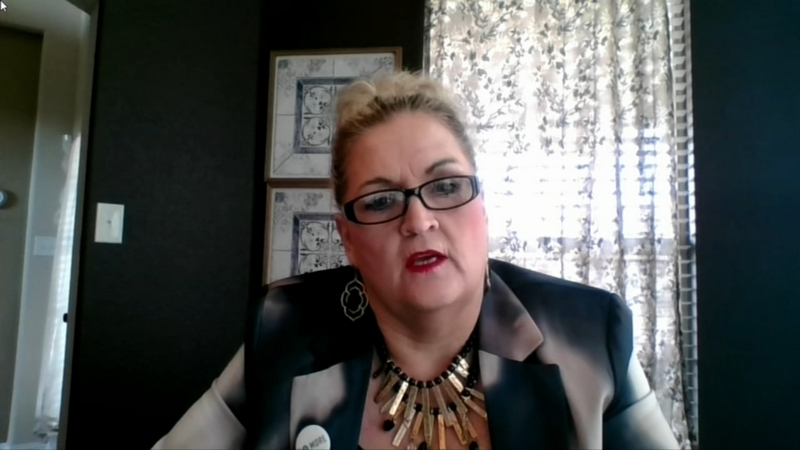 SKOKIE, Ill. (WLS) -- A Texas woman who says she was raped in her Skokie hotel room by a worker years ago has been awarded nearly $2 million this week.

A Cook County jury sided with Karla Gress in the civil case, but criminal charges were never filed, even with DNA evidence.

"The world has been lifted off my shoulders," Gress said after the civil case. "It's a relief. I feel relieved, and I feel like I'm going to move forward advocating for other victims like me who are still fighting their fight."

Gress said she was on a business trip and in her hotel room at Holiday Inn Chicago Northshore - Skokie when an on-duty security guard raped her October 2, 2013. After years fighting, a Cook County jury awarded Gress $1.8 million this week, after suing the hotel's owner, Lakhani Hospitality.

Even though it has taken years, Gress said she pushed forward, thinking about other women in her life, including her 23-year-old daughter.

"I thought about her and her friends," Gress said, "and my soon-to-be daughter-in-law and all the women I work with who travel 100% of the time."

Gress called the civil court victory "a step in the right direction, but we're still really far from where we need to be."

Gress is disappointed no criminal charges were ever filed in her case. Her memories of that 2013 night are vague. Her lawyer and court documents said DNA evidence eventually linked the security guard to the case.

While he wasn't charged in this case, Gress' attorney said the guard was fired more than a year later for a different incident.

"If any, this was one of those that was so cut and dry, that should have been prosecuted. I don't know why it wasn't," said John Chwarzynski Jr., plaintiff's attorney

Gress' legal team said they asked the former and current Cook County State's attorney to reopen the case against the guard.

"We've had multiple state's attorney's look and reopen the case, for whatever reason, they would not pursue it," Chwarzynski Jr. said.

Gress said it's difficult to think about the security guard right now. "He's living his life, he's free with no repercussions and it's disgusting to be honest," she said.

For now, Gress plans to use this experience to help others. She offers this advice: "Hang in there and do the right thing, even though it's hard and it's long, but we did it."