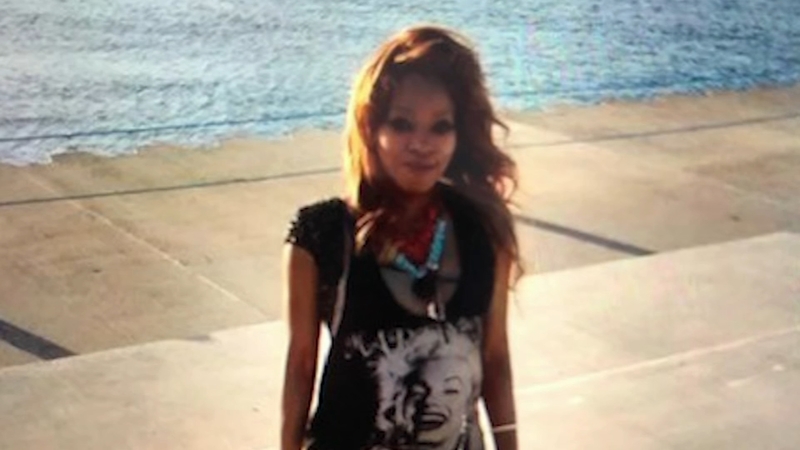 The woman, 34, was identified by family as Stephanie Haynes.

According to Haynes' sister, Lesley, the 34-year-old was 5 months pregnant.

Haynes' body was found inside the a home in the 5000-block of West Gladys shortly before 3 a.m., police said in a statement.
She was unresponsive and was pronounced dead at the scene, according to police.

Lesley Haynes went to the home early Monday morning and said she had been worried about her sister for a long time.

"I'm in shock. I can't believe it that someone would do something like that to her because she wouldn't hurt a fly," Lesley Haynes said.

Lesley Haynes said that her sister lived a difficult life. She lived in shelters, managing mental health issues before moving from Seattle to Chicago.

"So when she came here in November, I told her not to come up here that the resources in Seattle are betterand so she she came up here, she was pregnant and because of her mental capacity I feel like people take advantage of her," she said.

Haynes moved into the Austin home with her grandmother who died and then she lived in the home alone.

Police believe Haynes was dead before the fire.

The cause of both the woman's death and the fire is not known, police said.

"She frequently walked up and down the block, had people coming over all type of stuff but that's about as much as I know about her," said Darryl Stingley, a neighbor.

"She's a smart girl. Pretty, smart. She was a really good dancer," her sister recalled. "It's just sickening because she wouldn't hurt anybody."

A source close to the investigation told ABC7 that the cause of the fire was suspicious.