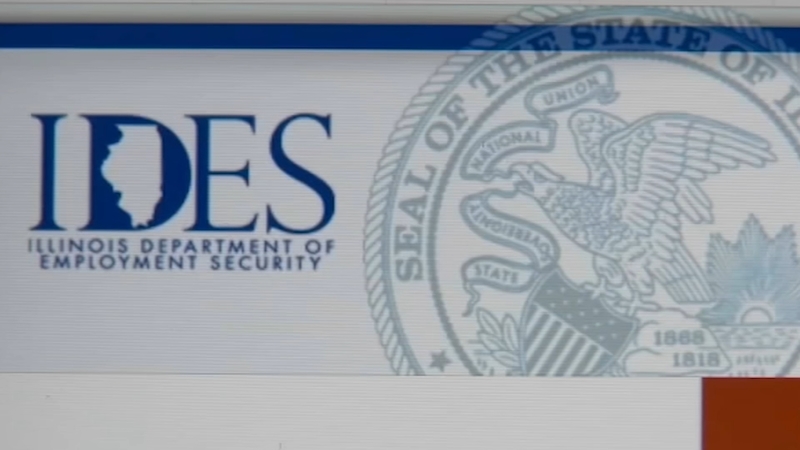 CHICAGO (WLS) -- The Illinois attorney general's office is partnering with the FBI to create a task force on unemployment insurance benefits fraud.

Diana Simon of Englewood said she's among the latest victims of the scheme. She said she received an unemployment debit card, but never actually applied for benefits.

"It scared me. I'm still nervous and scared because I feel like somebody has my information," she said.

Raoul himself was a victim of unemployment fraud.

"Unfortunately, I can attest that anyone can be targeted by these scammers, because I myself received a phony debit card in the mail," he said.

"While the citizens of Illinois have worked to regain financial stability after last year's tumultuous job market, criminals have sought to do them harm," FBI Special Agent in Charge Emmerson Buie Jr said.

According to the Illinois Department of Employment Security, the increase in identity theft unemployment fraud can likely be attributed to large corporate data breaches and is not the result of any state system breaches. These breaches compromised personal information including Social Security numbers, driver's license numbers, names, dates of birth, credit card numbers and addresses - information individuals must provide when applying for loans or lines of credit, or during other interactions.
"As the 2021 tax filing season nears, the Illinois Department of Revenue remains focused on preventing fraudulent income tax refunds, including those perpetrated through unemployment insurance claims." Illinois Department of Revenue Director David Harris said.

Currently, state unemployment agencies throughout the nation are battling widespread fraud by individuals seeking to steal federal money. Using personal information obtained as a result of data breaches, thieves are applying for unemployment insurance benefits for which they are not eligible, Raoul's office said. The IDES strongly encourages anyone who has received notice that an unemployment insurance claim has been fraudulently filed in their name to immediately report the claim to the department via its website or by calling 800-814-0513. To date, the IDES has stopped more than 350,000 fraudulent claims.

Attorney General Raoul encourages individuals who think their personal or financial information has been compromised to take steps to protect themselves. People should closely monitor credit reports, consider requesting a fraud alert by contacting one of the three nationwide credit bureaus, consider placing a freeze on credit reports, and closely review and monitor all financial accounts for any unauthorized charges.