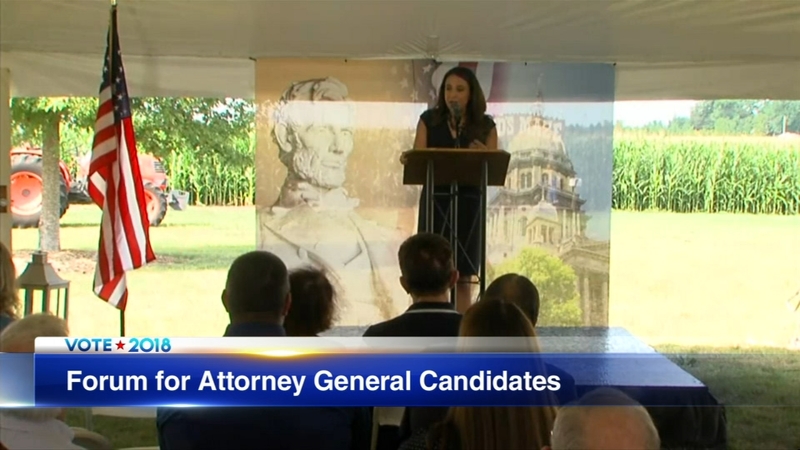 Republican Erika Harold said her number one priority would be fighting corruption.

She told those gathered on the Rader family farm that she understands many people in Illinois may be feeling demoralized by the election, and she said the key is changing who is in Springfield. She then sought to paint her opponent, State Senator Kwame Raoul as a crony of House Speaker Mike Madigan.

"Speaker Michael Madigan is the longest serving Speaker of the House in U.S. history and my opponent has been in Springfield for the past 14 years marching lock-step behind him. If you want change within your state you can't keep sending the same people there hoping that somehow they will change," said Erika Harold, (R) candidate for Illinois attorney general.

Kwame Raoul told the dozens of people gathered that public corruption is also a big concern of his given the number of governors that have gone to the penitentiary. But he said one of his biggest priorities would be going after online child predators.

"The problem exists throughout the state, so it would be important for me to make sure that law enforcement throughout the state has access to the same type of resources to go after child predators as they do up in Chicago," said Kwame Raoul, (D) candidate for attorney general.

Raoul did not directly go after Erika Harold during his speech or the Q-and-A with the Farm Bureau afterward.