How much could you save on groceries, gas under Gov. Pritzker's proposed family relief plan? 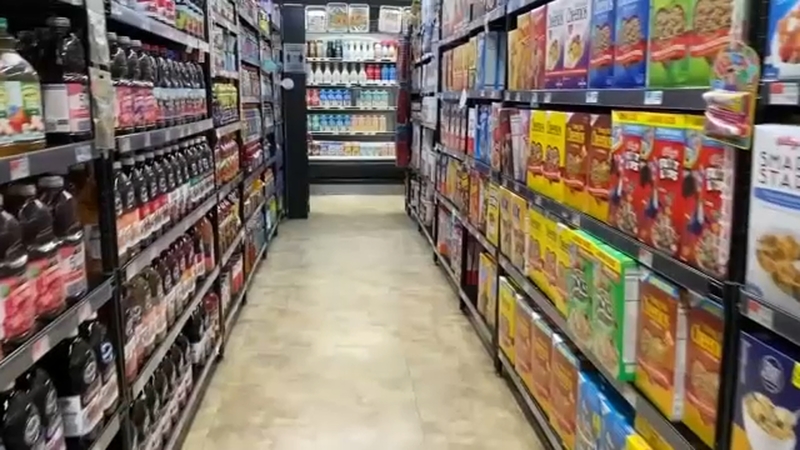 SPRINGFIELD, Ill. (WLS) -- At a time when rising inflation is pushing the price of everything higher, especially groceries, consumers welcome any kind of relief they can get.

"I've got two kids who eat a lot of food, so I mean, over the course of the year, it will probably make a little bit of difference. Every bit of money helps," said Doug Pawlik, who was grocery shopping with his two young children.

Governor J.B. Pritzker pitched his plan Friday, which he says will save Illinois consumers a combined total of $360 million on their grocery bills.

"Because we have balanced our budget and because we have a surplus, this is the most straightforward way for us to help residents who need it most," Pritzker said.

So just how much would it save a family to suspend the 1% sales tax on food?

The other part of his plan that the governor was out promoting Friday was the one-year suspension of the hike in the gas tax, which would have added 2.2 cents to the price per gallon.

For someone with a 15-gallon tank who fills up once a week, saving 2.2 cents per gallon would save 33 cents per fill up. Over the course of a year, they would save just over $17 total.
"If someone thinks it through, it's almost an insult," said Larry Ginsburg, who was so unhappy with the price of gas. He said he is planning to get an electric vehicle instead.

"I don't know if it would sway me either way, but like I said, I won't turn it down," said Grace Benhoed, as she headed to her car with a cart of groceries.

Pritzker said he's not worried about the optics and defends the proposal as real relief.

"I think for working families, the optics are good. The optics are: they're gonna pay less in the coming year than they did in the last year. That's what's important about it," Pritzker said.