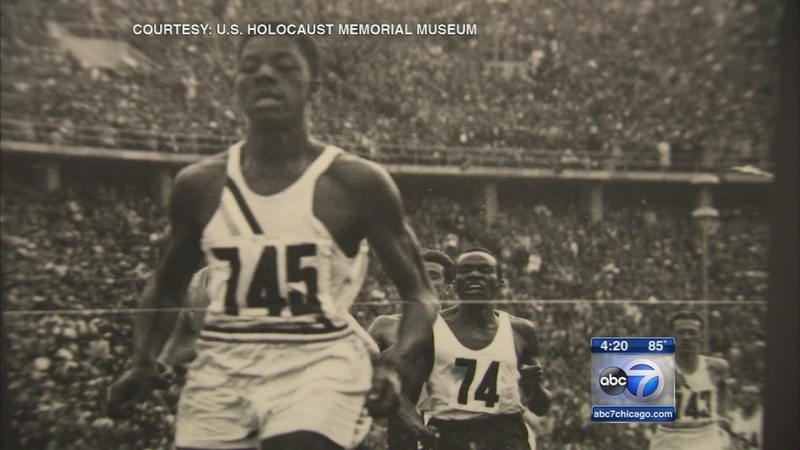 SKOKIE, Ill. (WLS) -- The Illinois Holocaust Museum in Skokie is a building dedicated to the memory of those many millions who died at the hands of the Nazis. And from now until the end of August, it's also a trip back in time to the 1936 Berlin Olympics.

"The Nazi Olympics Berlin 1936 shows the tremendous propaganda success that the Nazis had to convince the world community that they were ready to come back to the world stage as a leading world power," said Kelley Szany, Illinois Holocaust Museum.

It was the first Olympics with a spectacular opening ceremony and the first torch runner, but it was headed by a dictator with a hidden evil agenda.

In just a few weeks the 2016 Olympics will begin, but the excitement has been dulled by the Zika virus. Back in 1938, in Berlin there was another virus - its name was Hitler.

Hitler was determined to use the Olympics as a world stage for white supremacy. But then along came Jesse Owens and his fellow sprinter Ralph Metcalfe. Jesse would win four gold medals and Metcalfe a gold and a silver. And they were not alone; eighteen African American athletes would win fourteen medals and score big.

Owens and Metcalfe remained friends for life, with Metcalfe going on to become a Chicago alderman and congressman. There were rumors that Owens had been snubbed by Hitler at the games, but apparently, that wasn't true.

"In the end Jesse Owens toward the end of his life would say he wasn't exactly snubbed by Hitler, but he was snubbed by FDR. He was never invited to the White House, never sent him a telegram to congratulate him," Szany said.