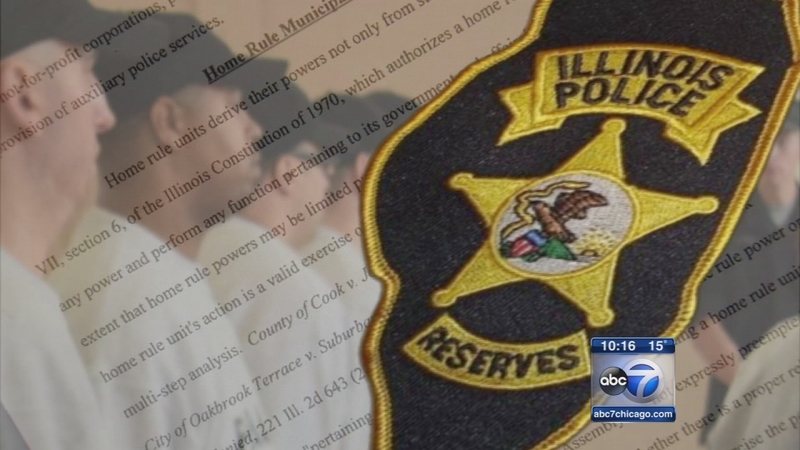 IPR's "appearance of authority" led to a state investigation four years ago and now the group is back on the radar of Illinois authorities.

Encounter a member of the IPR on the street and you'd think they were a police officer, but IPR Commander Joe Kulys says that's not the case.

"They wouldn't walk down the street and see one of our guys because our guys are not dressed in it," Kulys says. "The only time they dress up is for a parade."

But even dressing up as a police officer is deceptive, according to former federal prosecutor Jeff Cramer.

"The point of it is deception: the hat, the uniform, the patch the badge, the names, the commander. The point of this is to get people to believe you have the color of authority," Cramer says.

Cramer also points out that Illinois Police Reserves appears to be breaking this law by using "police" in the organization's name.

"That's why you can't use police or any of those nomenclature in your title, because it confuses the citizens," he says. "When that uniform looks like Chicago Police Department and you wear a badge that says police, now you've violated certain regulations and certain laws."

For decades, this group of armed volunteers offered back-up to suburban departments such as Cicero, Oak Lawn, Schiller Park and numerous other suburbs.

Despite looking the part, Illinois Police Reserves members were never state-certified law enforcement officers, as are Chicago Police and sworn personnel of all other departments.

In late 2010, an opinion by Attorney General Lisa Madigan affirmed an Illinois law that requires any auxiliary police to be state certified officers. Since IPR was not state certified, its partnerships with suburban police departments went away and they stopped training new recruits.

After a four year break, this month a new class of recruits is beginning IPR's 300-hour law enforcement training; training that is not approved by the state board responsible for certifying all law enforcement personnel in Illinois.

Kulys' wears the title of "commander" at IPR, but he doesn't have a background in law enforcement. He's retired from the field of risk management.

"They're trained," Kulys said. "They're not trained to do. As I said, we explain what law enforcement is and stuff like this. It's like a prep course. We do various courses, various things we give them preps on, but we don't certify them or nothing."

And these recruits, who Kulys says buy their own equipment and pay no fees, are here for one reason: to create a future for themselves in law enforcement.

Kulys tells us IPR wants to get back to doing more than marching in parades. He says he asked Attorney General Lisa Madigan at a 4th of July celebration how to make that happen.

"She said well, basically you can't do it now because of the law, so try to find a municipal partner of some sort," he says, "So that's what we are currently searching for."

The attorney general declined our request for an on-camera interview but a spokesperson tells the I-Team Lisa Madigan never gave permission to IPR to seek volunteer police work with a suburban partner.

When asked if someone from the state said they could do whatever they want but can't wear the police uniforms, would he still do it, Kulys didn't mince words.

IPR says it is not aware of any agency investigating the nearly century-old organization.