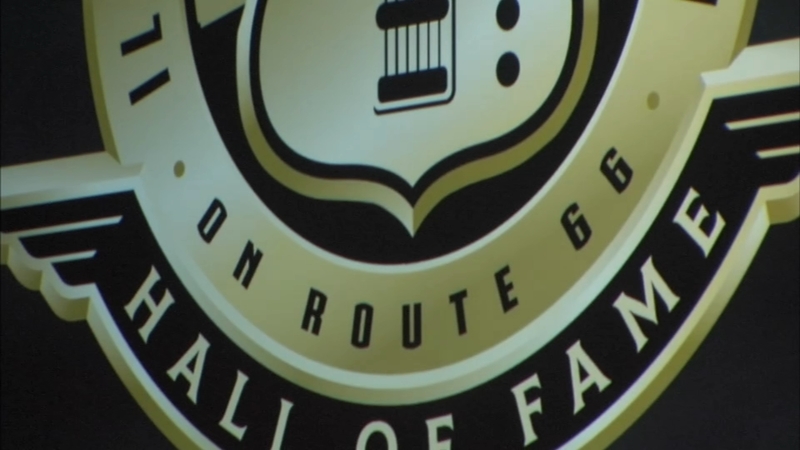 JOLIET, Ill. (WLS) -- Tunes played on the stage at the Rialto Square Theater on Sunday night.

They took people back in time as Illinois-renowned musical legends took to the stage.

Ron Romero is the founder and executive director of the Illinois Rock and Roll Museum on Route 66 and the heart beat of the museum's second annual Hall of Fame induction ceremony.

"I love every one of these bands and it's it's a labor of love," Romero said.

"To me, he was just my uncle," said Doncella Pamon, Sam Cooke's niece.

Cooke's niece said the "King of Soul" and their family take this award to heart.

"He's in a lot of different 'Halls of Fame,' but not in Illinois," Pamon said. "So to have Chicago in Illinois, saluting one of their own, because he called this home."

"The fact that a it was a positive influence on peoples lives - It's a remarkable thing," said DeYoung.

Sunday's Illinois honorees celebrated influence on an industry. And fans celebrated for how it shaped their identities.

"It's part of my soul. I love it more than you could even imagine," said Sharon Gawenda, an event attendee and volunteer.

Romero, the museum's creator and vision behind the concert, was born from passion and pride.

"We want to promote Illinois music we want to teach people what Illinois music is here. It's very emotional for me. I mean, this is music to me has been everything. I'm a kid in a candy shop. I'm enjoying this very much," Romero said.