Illinois veteran deported to Mexico returns to US for citizenship hearing 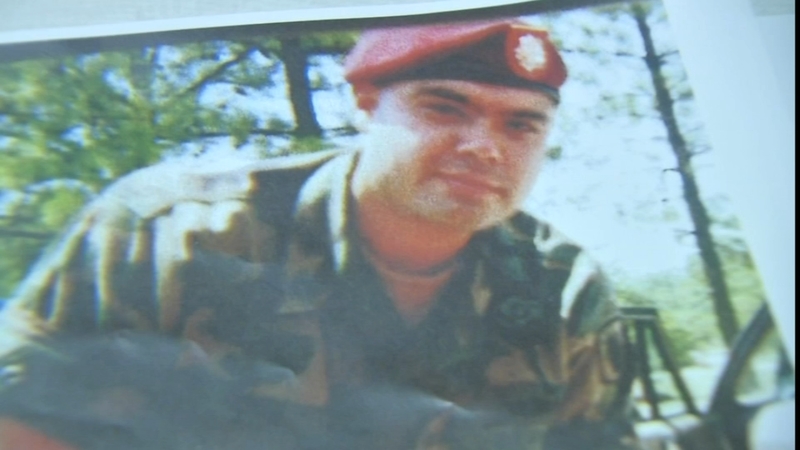 Illinois veteran deported to Mexico returns to US for citizenship hearing

CHICAGO (WLS) -- Miguel Perez Jr., a deported U.S. Army combat veteran, was allowed back into the United States Monday so he can attend a citizenship hearing in Chicago this week.

Illinois Governor JB Pritzker granted Perez a full pardon in August. The 39-year-old veteran of the war in Afghanistan, was previously denied clemency by former governor Bruce Rauner and deported to Mexico after serving seven and a half years in prison for a non-violent drug offense.

Perez's citizenship hearing will be held in Chicago Wednesday.

Perez was born in Mexico and came to Chicago legally as a child. He joined the Army in 2002 and served two tours in Afghanistan as a Special Forces Mechanic. During that time he suffered a traumatic brain injury in an explosion, and returned to the States with PTSD.
RELATED: Judge orders Chicago Army veteran deported to Mexico

As a legal resident who served in the military, Perez was supposed to given an expedited path to citizenship under a 2002 executive order by President George W. Bush but due an oversight, he was not.

His PTSD led to self-medication with drugs and alcohol, his family said. As a result, Perez was convicted of a non-violent drug offense in 2008 and sentenced to 15 years in prison. He served seven and a half years and was taken into custody by ICE upon his release. He petitioned then-governor Bruce Rauner for clemency, and the Illinois Prisoner Review Board recommended it, but the governor denied his petition.

After he exhausted almost all legal avenues, ICE moved to deport Perez without allowing his parents to give him clothes, money or medication.

Pritzker's pardon means Perez is no longer a convicted drug felon in Illinois. His attorney said his case is "all in the hands of Homeland Security."

Perez was deported to Mexico in March 2018. ABC7 Eyewitness News spoke to him after his deportation.

"'You see those two green arrows? That's Mexico, go ask them for help. Go talk to them,'" Perez said he was told. "Turned around, and walked off."

"They put him on a bridge on a walkway to Mexico in his prison clothes with a plastic bag of some of his stuff. That's what they do to a decorated military veteran," his attorney said.