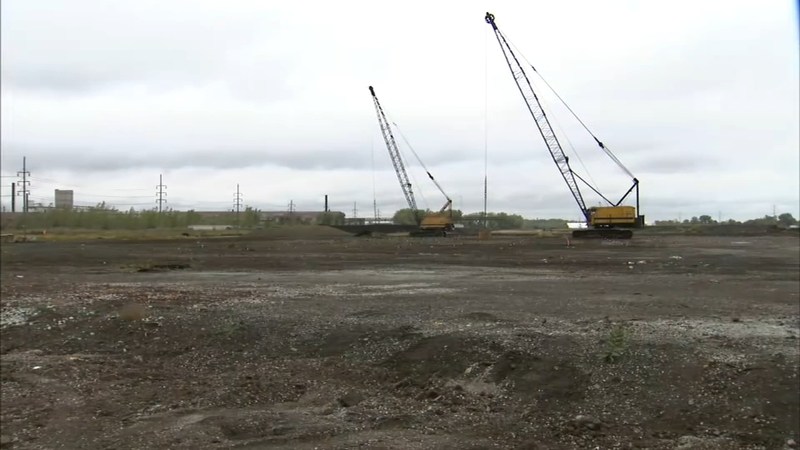 Ford Motor Company is part of the revival of the $164 million, 200-acre industrial park located on the city's Southeast Side in the Hegewisch neighborhood.

"We have not seen a development this big since the Ford facility," said Ald. Susan Sadlowski Garza, 10th Ward. "It is a shot in the arm - and ray of hope, right?"

The 2.3 million-square-foot industrial park sits at the former Republic Steel site and is set to be one of the largest industrial developments in Chicago in nearly two decades.

The steel that built the Hancock, the Aon, Willis Tower, all that came from our ward," Garza said. "We built this city. Men and women take pride from that. Now, they can feel that pride again."

With the park comes 1,400 permanent jobs and 500 construction jobs for the ongoing project. North Point Development chose the area because of its proximity to the city, the highway, and a large job pool.

"We are ushering in a new day with new opportunity for employment is a huge accomplishment," Mayor Lori Lightfoot said. "Kudos to everyone involved for making this dream a reality."