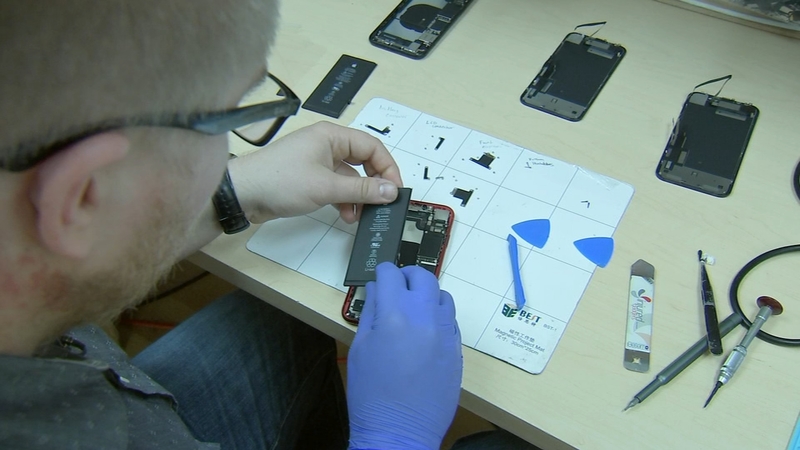 CHICAGO (WLS) -- Smartphone battery replacement is more important than ever with the skyrocketing cost of smartphones.

The ABC 7 I-Team found that some alerts on phones could be causing confusion after batteries are replaced at a neighborhood repair shop. One local store owner turned to the I-Team because he said after he replaces the batteries in some phones, customers think it was fixed incorrectly.

Tom Zalewski of Cellz-Repairz in Dunning showed the I-Team what happens. First he opened the box to a brand new iPhone XR, then opened up the phone to get to the battery. Then he installed it in another iPhone XR.

But there's a problem. The phone announces "Health information may not be available for this battery."

"Go to the battery section and now it says 'service,'" he said. "Why? This is a brand new battery that was taken out of a phone that was just opened up, low battery health and says 'unable to verify this phone has a genuine Apple battery.'"

He said that alert pops up when he replaces batteries in customers' iPhone XR, XS and XMax phones, which causes confusion.

"Definitely they question it. That person may not believe me that I even replaced it because it will say service and not a genuine Apple battery," Zalewski said.

Like most local repair shops, Zalewski uses Apple batteries which were pulled from other broken devices, tested and resold. So why the alerts?

Apple told the I-Team there is a new verification process saying, "Last year we introduced a new feature to notify customers if we were unable to verify that a new, genuine battery was installed by a certified technician following Apple repair processes."

Apple said it helps protect customers from "damaged, poor quality, or used batteries which can lead to safety or performance issues."

That new verification process, along with access to genuine Apple batteries, has only been accessible to certain Apple-authorized service providers and Apple stores. However, Apple recently started a new program which allows independent store owners who qualify to have access.

Zalewski said he'll apply to that program and believes it will give consumers more choice.

"If you drive two hours south of Chicago, you won't find an Apple store," he said. 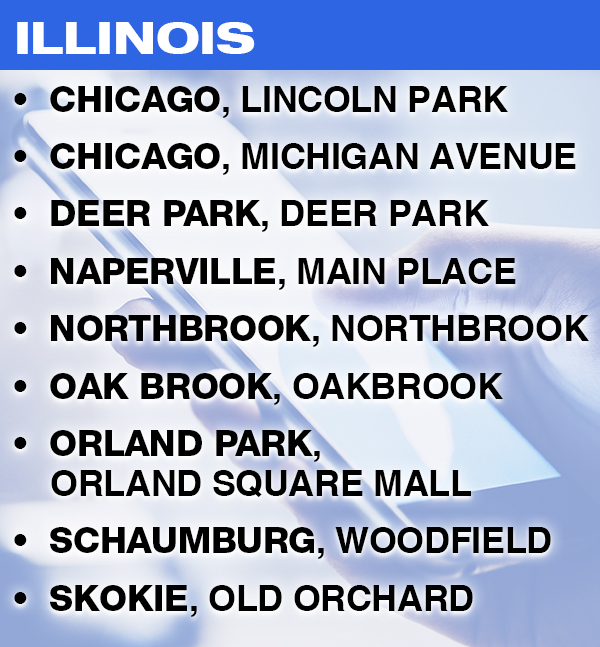 Apple said customers can still have independent stores use cheaper, non-genuine batteries, and that those battery notifications will not impact the customer's ability to use the phone.

Abe Scarr from the consumer group Illinois PIRG also says people should have choices when it comes to repairs.