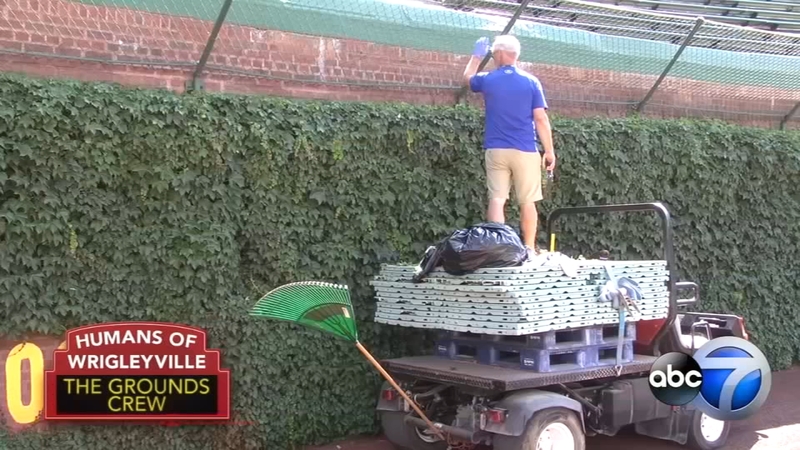 CHICAGO (WLS) -- Before every home stand at Wrigley Field, the grounds crew inches along the warning track to touch up the outfield ivy. Workers trim individual vines to maintain an even top, just below the netting overhead.

"It's unique. We're the only one to have something like this. Everyone else has got pads and stuff," said manager of grounds Justin Spillman of the nearly century-old plants, which have been in place since 1937; they come back naturally every year with fertilizers' help.

"It just thrives with the temperatures," Spillman said, adding, "We have some sister plants down at (Purdue University) that they grow in for us in case we have an emergency, something were to happen."

But normally the ivy grows so full you could get lost inside.

"When the leaves come off, there's tons and tons of balls we'll find," Spillman said.

In addition to ivy maintenance, Spillman's team grooms the field daily from March through the post-season.

"Most of the time is actually spent on the dirt," he said, adding, "You want it as soft as possible for the ball to get a true hop for the player."

To achieve this, the crew aerates the outfield and also injects air several inches below the surface. Plus, they pay plenty of attention to the classic aesthetic: green grass trimmed precisely in a pattern.

"This is tops, of course. It's Wrigley field," he said.

Spillman said he still enjoys bringing people onto the field for the first time.

Then comes the thunder from the crack of a bat.