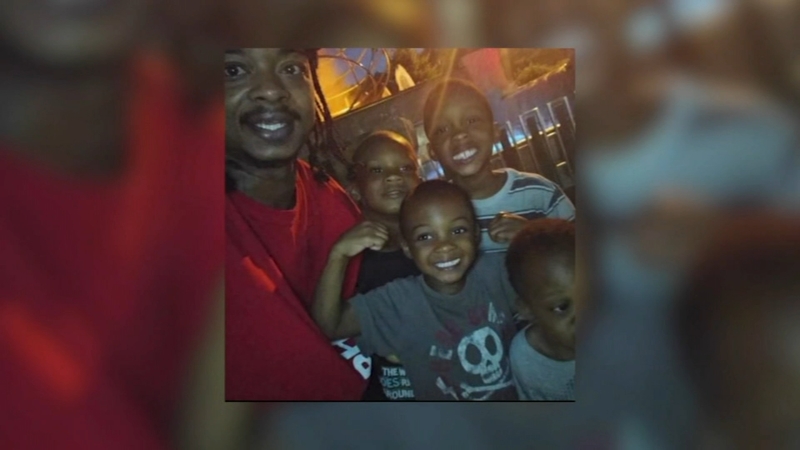 Jacob Blake, 29, was shot in the back in front of his young children after breaking up a fight in the neighborhood, his family said.

Video of the shooting was posted on social media, sparking protests and violence. People set cars on fire, smashed windows and clashed with officers in riot gear Sunday evening.

In video that appeared to show the shooting from across a street, three officers could be seen shouting and pointing their weapons at Blake as he walked around the front of a parked SUV. As Blake opened the driver's side door and leaned inside, one officer grabbed his shirt from behind and then fired into the vehicle.

"He was shot seven times in his back while his children sitting in the damn car," said Justin Blake, Jacob Blake's uncle.

Blake's family said he is now being treated at a Milwaukee hospital, where he is in serious, but stable condition. His children were inside the car at the time of the shooting.

"Livid wouldn't describe how I feel right now," Justin Blake said. "It's crazy and to traumatize some children that were in the vehicle-this is beyond repair," he said.

"That don't make no sense to treat somebody like that, who is not armed, with the kids in the back screaming," she said.

Blake's family and multiple witnesses told ABC News the 29-year-old security guard had just broken up an argument before he was shot.

"The officers were responding to a fight," said witness La-Ron Franklin."It was some girls fighting. A gentleman was breaking up the fight. When he was turning to get his kids, the officer shot this man seven times."

"He does the same job the police does. He protect people from being hurt and let people enjoy themselves at the same time," said Donnell Lauderdale, Jacob Blake's neighbor and friend. "Why can't the police do the same?"

Lauderdale said Sunday was supposed to be a celebration for their family.

"When I spoke to him he had presents in his hand," Lauderdale said. "He was inviting my 4-year-old son to come to his 6-year-old's birthday party."

Jacob Blake moved to Kenosha from Evanston for 'fresh start'

Blake grew up in Evanston, his family told ABC7. They said he moved to Kenosha from Evanston for a fresh start, only to find himself at the center of the national debate over police-use-of-force and racial justice.

Fifty miles from Jacob Blake's hometown, his name has become a rally cry. Evanston resident Amy Landolt drove to Kenosha to be with protesters.

"It's really just to support his family," she said. "Make sure that they know Evanston supports them and stands with them."

Chicago Mayor Lori Lightfoot reacted to the shooting on Twitter, saying, "Yesterday in Wisconsin, a police officer shot Jacob Blake, an unarmed Black man, a father, 7 times in the back. I am deeply disturbed by the video capturing part of the incident. I urge civil & criminal authorities to pursue an immediate & thorough investigation of the shooting.

"We pray that Mr. Blake survives. And we pray for his children, and for peace and justice in Kenosha."

Superintendent Brown said the video was "godawful" to watch.

"I have seen the video and it's godawful to watch. It is. We don't want to make any kind of assumptions based on a preliminary investigation that has just started but again, the video looks godawful."