Fitness model kicked off plane after disagreement with flight attendant 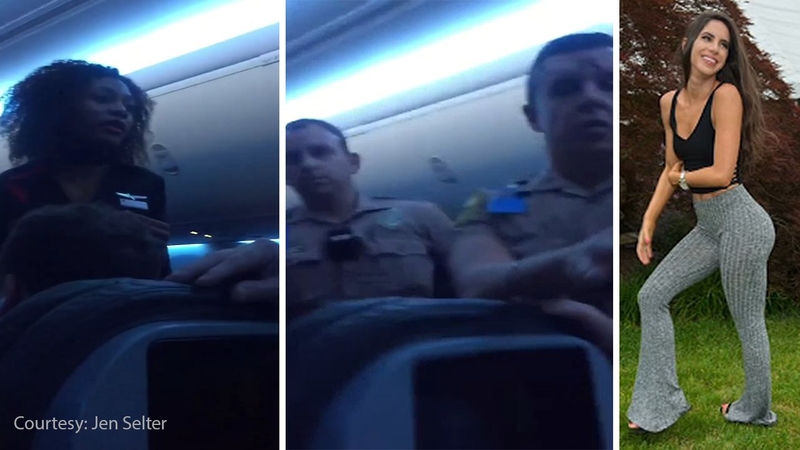 NEW YORK -- A new video shows a social media star being kicked off a flight headed for New York after a heated argument.

Just like that, 5 cops coming at me. Worst experience American Air ✌🏼 pic.twitter.com/1LY1NrAQ3k

They were brought on after she clashed with a flight attendant while the plane was delayed for an hour and a half.

During that time, Selter got up to get something from the overhead bin and the flight attendant told her to sit down.

"I was obviously being sarcastic," Selter said.

Selter said she was told the flight couldn't leave while she was out of her seat, but there were other passengers in the bathroom.