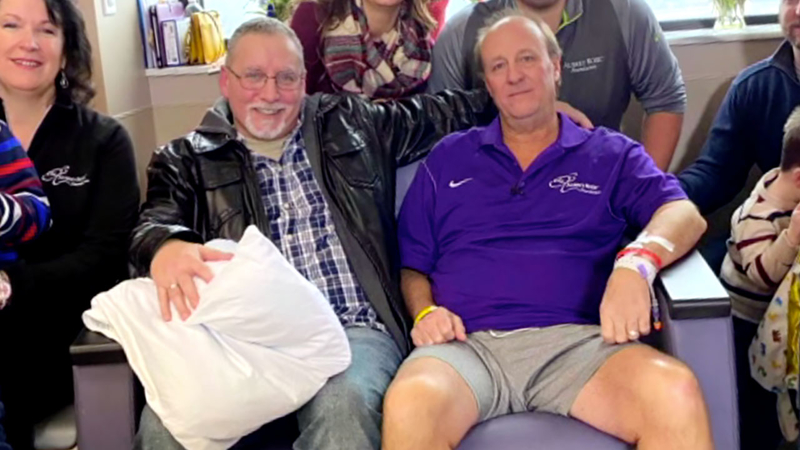 CINCINNNATI -- One Ohio man's message of thanks is coming straight from the heart -- a heart that stopped beating and which a good Samaritan stepped in to save.

Jerry Hollenkamp's harrowing ordeal started when he was stopped in a turn lane near downtown Cincinnati. He doesn't remember what happened next, but he was later told that his heart had stopped.

Police and firefighters quickly responded to the scene, but it was the immediate, life-saving actions of a good Samaritan who saw Hollenkamp go limp in his car that made all the difference.

Hollenkamp later regained consciousness inside a Cincinnati hospital, but one mystery remained: Who was his angel? With no idea who the person was, Hollenkamp's family sent out a public plea on Facebook that eventually led back to nurse Greg Collins.

Doctors determined Hollenkamp went into cardiac arrest, but Collins' actions made the difference between life and death. "Good Morning America" was in the hospital recently when Hollenkamp and Collins were reunited for the first time.

"I'm glad you had the wherewithal...to stop. A lot of people wouldn't," Hollenkamp told Collins. "Whether he knows it or not, he's a part of our family."

"I truly thought you were gone," Collins added.