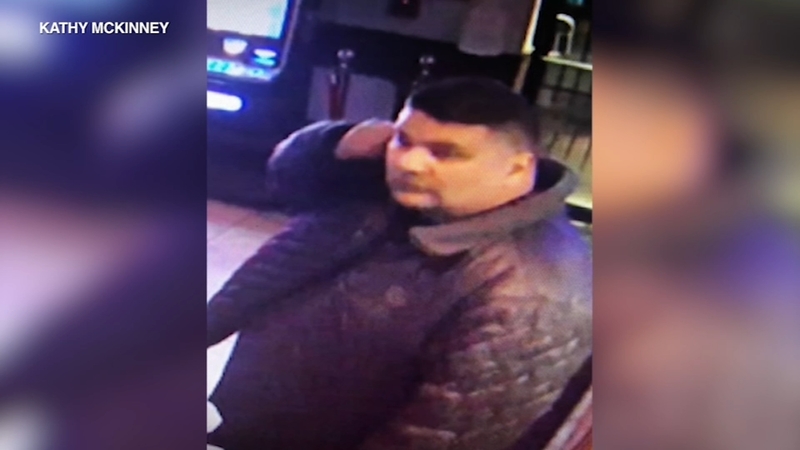 CHICAGO RIDGE, Ill. (WLS) -- A man has been arrested and charged for allegedly stealing the money in a veteran donations bucket from Jesse's Tavern in Chicago Ridge.

Please note: The video above is from a previous report

Guillermo Ledesma of Burbank, Ill. is charged with theft for allegedly helping himself to the contents of the veteran donations bucket that sits atop the bar's ATM. Police said he has already posted bond but has a court date for May 11.

Surveillance video from Friday night shows a man in a coat walking over to the ATM in the bar. He reaches up to grab the bucket sitting on top of the machine, then he puts it under his coat and walks outside. After a few minutes he comes back in and puts the bucket back in its place.

"I'm surprise nobody saw anything, but he was slick," McKinney said.

McKinney said bar employees discovered the bucket was empty Saturday morning. She said it usually collects an average of $100 a night during the weekend, and the tavern's effort to donate to veterans is well known.

McKinney said police were able to recover some of the money taken, totaling $55.67.