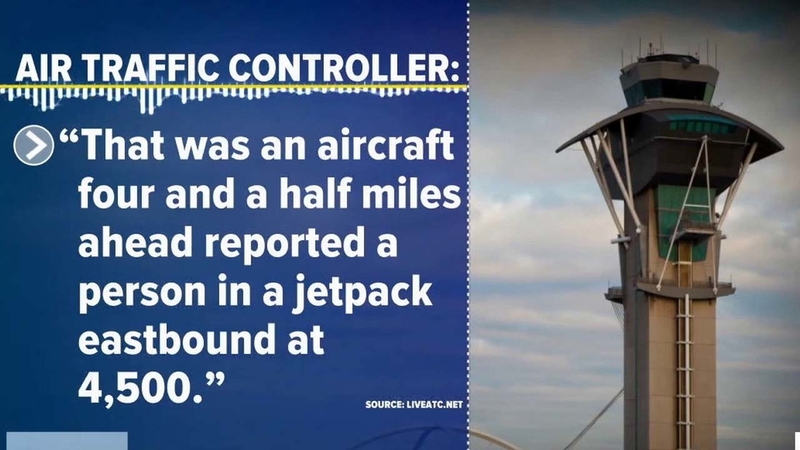 LOS ANGELES -- It's happened again. A pilot preparing to land at Los Angeles International Airport alerted the control tower about an apparent person flying a jet pack in one of the world's busiest landing zones.

The incident was reported at about 2:45 p.m. some 15 miles east of LAX, according to the Federal Aviation Administration.

A jet pack sighting has been reported by pilots landing at LAX a number times before, sparking many theories about jet packs, drones and balloons.

It's illegal to fly any type of drone near an airport.

The FAA is looking into the latest jet pack sighting at LAX.

A pilot reported seeing a "possible jet pack man" near LAX, prompting air traffic control to warn other pilots in the area.