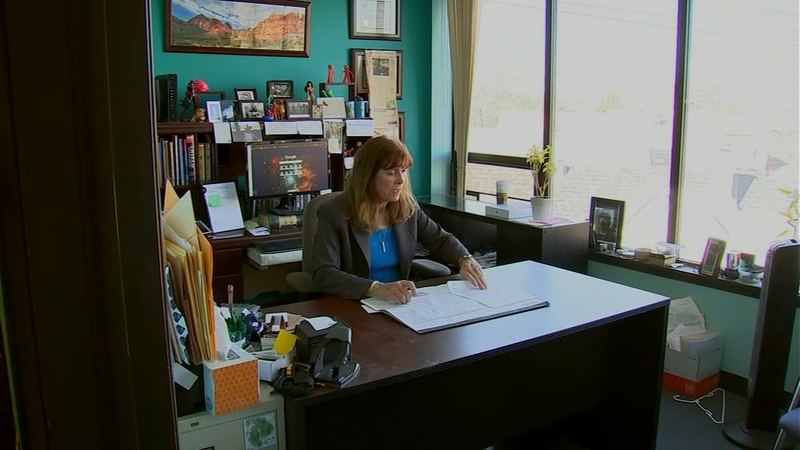 CHICAGO (WLS) -- Jill Rose Quinn said she is looking forward to representing the trans community as a Cook County Judge.

"I think the bench, just like the legislature, just like the corporate atmosphere in this country- I think it can only benefit from the diversity and including everybody," Quinn said.

After winning the democratic primary earlier this year, Quinn ran unopposed in the general election.

She is the first openly trans elected official in Illinois.

Quinn will be the fourth openly trans judge in US history. Quinn first ran in 2018.

"One of the things that inspired me to run was that I met Phyllis Frye who was the first openly transgender attorney who made it on to the bench," Quinn said.

Myles Brady Davis with Equality Illinois called Quinn's victory a "transformative moment."
"What it shows is that the glass ceiling has been broken. If your dream is to be elected to public office, go for it. Get a team behind you and push forward," said Davis.

"It took a long time. I have suppressed emotions and feelings for the time," Quinn said.
She said she hopes her seat on the bench will help others grappling with their identity and whether they can achieve their personal and professional dreams.

"I got a lot of grandmothers and grandfathers and parents of trans kids who come up to me and say 'thanks for being there,'" Quinn said.

Quinn will be sworn in next month.