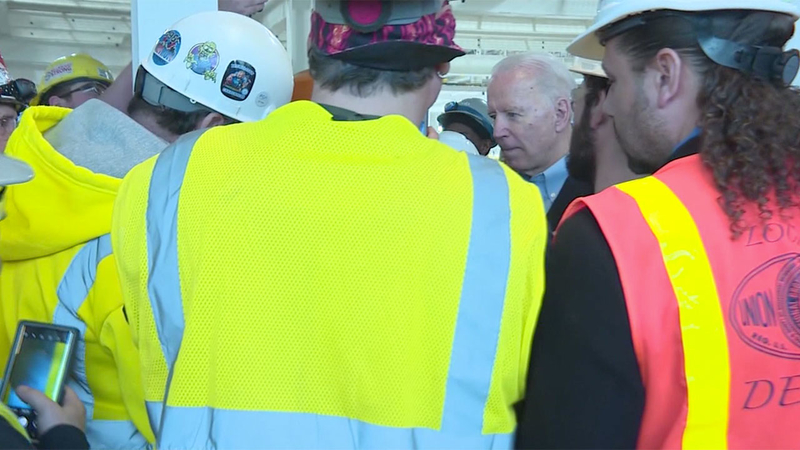 DETROIT -- Joe Biden has faced down a pro-gun worker in a testy exchange over his plan to reinstate the assault weapons ban.

Biden spoke at an auto plant in Detroit on Tuesday and then was confronted by a worker in a hard hat who accused him of "actively trying to end our Second Amendment right." Biden used an expletive to tell the worker he was "full of" it and hushed an aide who was trying to end the conversation.

Biden went on to say he supports the Second Amendment but added: "Do you need 100 rounds?"

The worker pointed to a "viral video" in which he alleged Biden said he would take away people's guns. Biden replied that he "did not say that" and that the video was "lying."

Biden otherwise received an overwhelmingly positive response from construction workers while courting the union vote in a final push as Michigan residents vote in the presidential primary.