2 in custody after false report prompts lockdown at Joliet Central 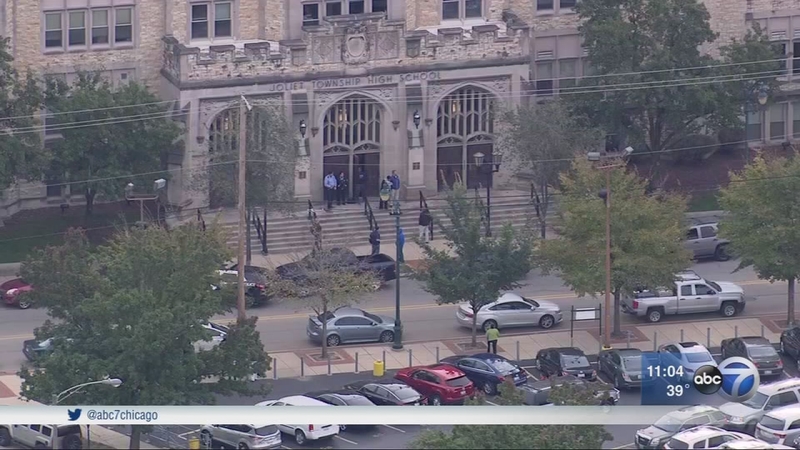 Two people are in custody after someone called in a false report of a person with a gun at a southwest suburban high school Wednesday morning.

About 8 a.m., someone called 911, said he worked at Walgreens and claimed to see black male wearing a blue hoodie walking toward the high school with what appeared to be a handgun in his waistband, police said.

The same person called again and said the suspect was walking into the school with the gun, police said.

The caller was located in the school cafeteria during the lockdown, and his information was found to be false.

Another 911 call was received from another person saying he saw someone get out of a vehicle with what he called "the tip of a rifle," police said. The suspect was wearing black jeans and a ski mask, and was walking toward the school from the Subway restaurant on Collins Street, the caller claimed.

Both callers were taken to the police department, and charges are pending Wednesday afternoon, police said. Police did not say whether they were students, or were otherwise affiliated with the school.

Wednesday morning was chaotic for students and their families. Aron Servin, a senior at Joliet Central, said he and other students waited through the ordeal without much information.

"We came in early at 7:20 for freshman hour. They just said it was a lockdown and then they didn't let us go after that. We just stayed in the classroom the whole time," Servin said. "I was just ready to go home, right when they let us go from the code blue."
No one was allowed to enter Joliet Central. Students who were outside when the school went on lockdown were held on buses until police gave the all clear.

School officials asked parents not to come to the school or contact their children because it would have impeded the investigation.

Police remained on the scene and worked with school staff to develop a plan to get students into the building and release them to class.

The lockdown was lifted around 10:15 a.m. Administrators at the scene told ABC7 Eyewitness News parents had the option to pick up their kids after the all clear.

School officials said students and staff were never in any danger. The school day was expected to resume as normal.