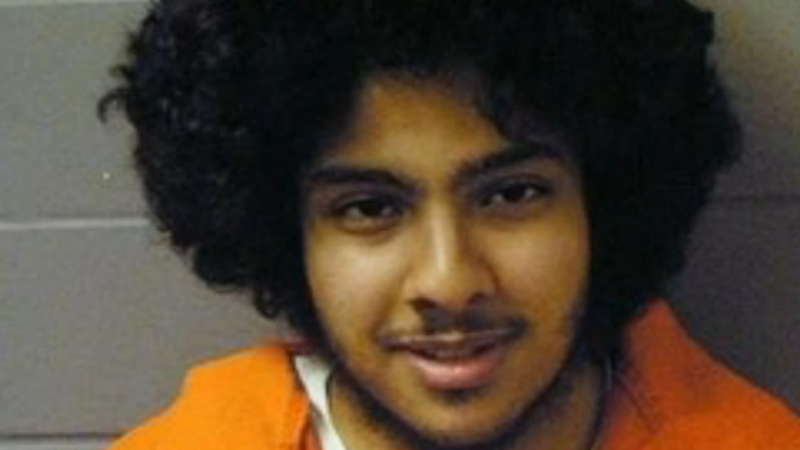 CHICAGO (WLS) -- Guilty, but no admission of guilt, was the unusual plea deal made by a west suburban man in a major terrorism case that has stretched on for six years.

Against the government's wishes, 25-year-old Adel Daoud, of Hillside, was permitted by a federal judge in Chicago to enter what is known as an "Alford plea," in which a defendant pleads guilty while maintaining they are actually innocent.

Judge Sharon Johnson Coleman accepted the novel -- and rarely allowed -- kind of guilty plea from Daoud, who was a teenager when arrested by the FBI in the middle of a bombing sting.

At the time in 2012, federal authorities said Daoud wanted to commit a "massive" attack that would involve a big bomb that would kill lots of people and end up on the news, he said.
Daoud's attorney, Tom Durkin, engineered the unconventional arrangement in the jihadist bombing case that targeted the Cactus Bar and Grill in Chicago's Loop. Daoud thought he was about to push the button on a 1000 pound bomb and now concedes the government had enough evidence to convict him on 10 counts connected to the attack plot, the solicited murder of an FBI agent on the case and an assault on a cellmate at the MCC-Chicago.

"I consider this an FBI success story," said assistant U.S. attorney Barry Jonas on Monday, even though the defense has accused the government of entrapment.

"They're the architects of the War on Terror, this is their war, they have to fight it, so let them continue to fight it," Durkin said. "The whole case is sad. It's a tragic case and there's no good solution. I don't think we pay enough attention to the dilemma we've created with the War on Terror."

Despite all the evidence piled up against Daoud, he doesn't actually have to admit guilt to any of the charges against him under the rare plea agreement.

Judge Johnson Coleman set a sentencing plan that will be what amounts to a "mini-trial" in late April that will last as long as one week and feature the evidence and witnesses that prosecutors and defense attorneys might have used at a regular criminal trial had it come to that.

"The government is going to try, attempt to try their case in a mini-trial and we'll do the same. I think that's a mistake. I can't believe they really want to do this," Durkin said. Federal prosecutors did not comment after Monday's change-of-plea hearing at the Dirksen Federal Building.

The judge accepted the Alford plea because she said Daoud understood what he was doing, he had received good counseling from his attorney and that this was the best option for his mental health.

Daoud's psychiatric state has been a looming concern over the years the case has continued. In phone calls and letters to the I-Team the past few years, Daoud has proclaimed his belief in lizard people, a government of cosmic aliens and the Illuminati. Against that backdrop, and following numerous mental competency exams, the judge wanted to make sure Daoud understood what he was doing Monday, as he faces up to life in prison, a $2.5 million fine and possible restitution for the inmate he attacked.