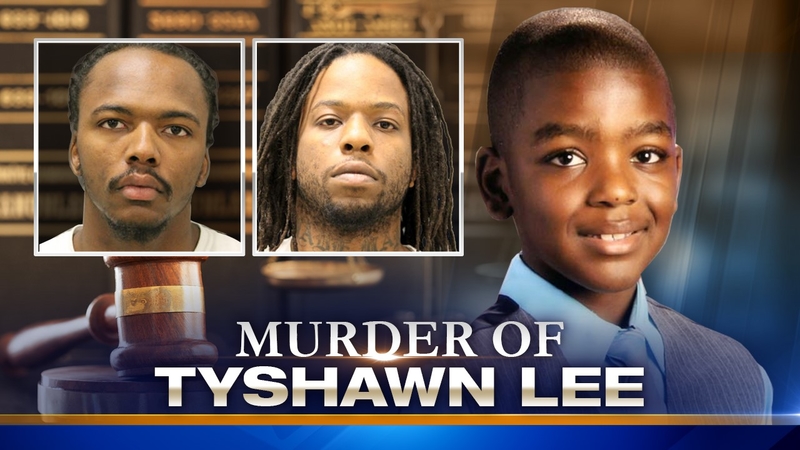 CHICAGO (WLS) -- A jury on Friday convicted the third and final man charged in the 2015 shooting death of a 9-year-old boy who was shot after being lured into a Chicago alley.

Corey Morgan's jury deliberated almost 10 hours before reaching their verdict, and a clerk announced Morgan was guilty of first-degree murder.

On Thursday, a separate jury convicted the gunman, Dwright Boone-Doty, in Lee's murder.

"We are appreciative of the jury verdicts, both today's and yesterday's. We hope that these verdicts bring some measure of closure to the family of Tyshawn Lee for his horrible death," said Cook County Assistant State's Attorney Thomas Darman.

Prosecutors convinced the jury Boone-Doty lured Tyshawn Lee into an alley with a basketball with the intention of murdering him in November 2015 in the Auburn Gresham neighborhood. In less than two hours, the jury came back with a guilty verdict.

Prosecutors said that Boone-Doty shot the boy at close range, while Morgan watched in a nearby getaway car with a third man who has already pleaded guilty.

Morgan and Boone-Doty are standing trial together with two separate juries and two sets of attorneys. Prosecutors presented one case against both defendants.

Jurors heard 12 days of testimony from eyewitnesses who saw the men playing basketball with Tyshawn in Dawes Park. Prosecutors also presented DNA evidence and in Boone-Doty's case, a confession made to another inmate who was wearing a wire at the Cook County Jail.

Morgan's attorneys presented evidence that police improperly presented some of the photo lineups to eyewitnesses.

Morgan's attorneys are already planning an appeal. They said the evidence against Morgan is entirely circumstantial.

"November 4, Corey Morgan walked into a police station with his head held high. He's maintained his innocence for this horrible crime during that time and continues to do so," said Attorney Todd Pugh.

Cook County State's Attorney Kim Foxx, in a statement, acknowledged that the case affected the community in a way that many other stores about violence haven't.

"Even at a time when we've become nearly numb to headlines about violence, this case shook us to our core," she said. "We hope that these verdicts bring some measure of closure and peace for the family of Tyshawn Lee, whom we will never forget."