Hochul, 62, would be New York's first female governor when she assumes office
ABCNews
By Ivan Pereiera 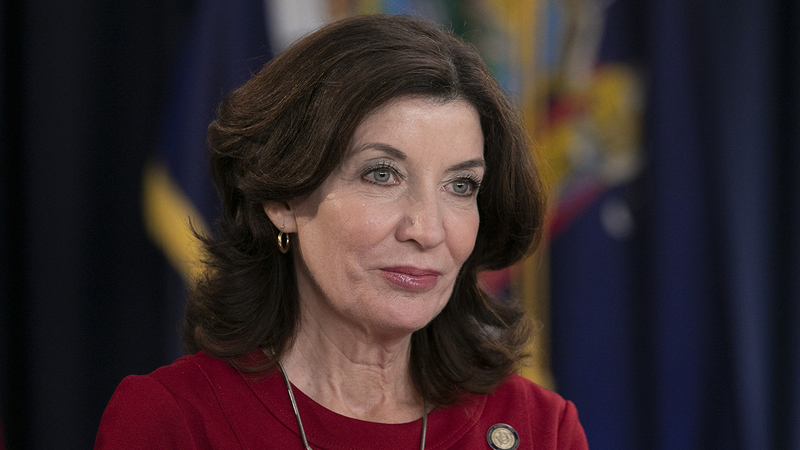 ALBANY, N.Y. -- Now that New York Gov. Andrew Cuomo has resigned following a New York attorney general investigation that alleges he sexually harassed 11 women, including his own staff members, all eyes are on Lt. Gov. Kathy Hochul, the woman who will succeed him.

Hochul, 62, would be New York's first female governor when she assumes office. New York faced a similar change in power in 2008 when David Paterson assumed the office following Gov. Eliot Spitzer's resignation over a prostitution scandal.

"I agree with Governor Cuomo's decision to step down. It is the right thing to do and in the best interest of New Yorkers. As someone who has served at all levels of government and is next in the line of succession, I am prepared to lead as New York State's 57th Governor," Hochul said in a statement.

The upstate native, who has been in her position since 2015, has had a long history with New York state politics.

Born in Buffalo, New York, Hochul earned a B.A. degree from Syracuse University in 1980 and a J.D. from Catholic University four years later.

After graduating from law school, she worked for a private Washington D.C. firm before serving as legal counsel and legislative assistant to U.S. Rep. John LaFalce and later U.S. Sen. Daniel Patrick Moynihan, according to her official New York state bio.

In 1994, Hochul was elected to the Hamburg Town Board in Erie County, New York, and served until 2007 when she was appointed the Erie County Clerk.

"She served as liaison to the local economic development agency and worked to attract new businesses and create jobs following the loss of the [Western New York] manufacturing base," her bio said.

During her time in office, Hochul also worked to help displaced women. In 2006, she, her mother and her aunt established the Kathleen Mary House, a transitional home for victims of domestic violence.

In 2011, Hochul was elected to the U.S. House of Representatives in a special election for New York's 26th district. Chris Collins would defeat her in the 2012 election.

During her tenure, she sat on the Armed Services and Homeland Security committees.

Cuomo nominated Hochul to be his lieutenant governor when he successfully ran for his second term in 2014. Cuomo and Hochul won re-election in 2018.

Under the Cuomo administration, Hochul has overseen several state projects and governing groups. She chairs 10 regional economic development councils, which help decide investments for projects in New York and the State Workforce Investment Board.