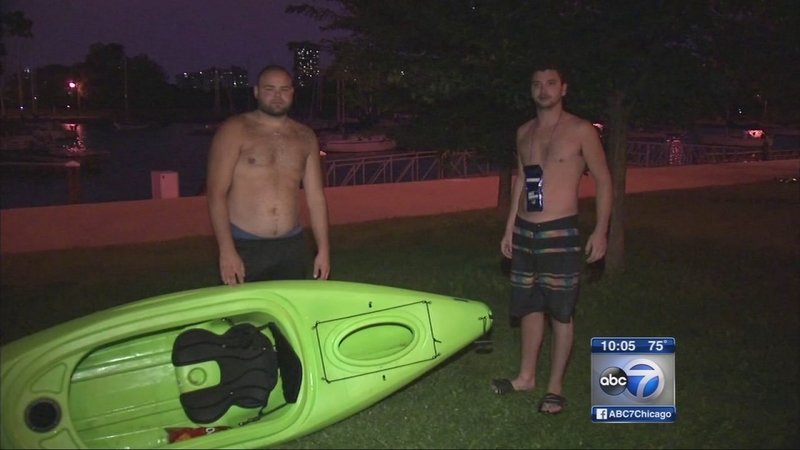 CHICAGO (WLS) -- Two men who set out for a short kayaking trip Tuesday afternoon had to be rescued from Lake Michigan at Montrose Harbor in Chicago's Uptown neighborhood after one of their kayaks capsized.

"We were about five miles out and waves just kept coming and coming," said Nick Goshen.

The waves didn't stop or even settle down.

"We started taking on too much water and a big wave just came and just sunk my whole back end and I just started sinking," Goshen said.

At that point Goshen's kayak capsized, dunking him into the lake miles from land.

With the sun setting behind a disappearing city skyline, Goshen and his friend Dan Lyman bobbed helplessly. But Lyman was able to call 911.

"I actually had a waterproof pouch to hold my phone and it kept it pretty dry," Lyman explained. "They sent a boat, helicopter, everything."

By dark, the men were back on shore, exhausted but safe.