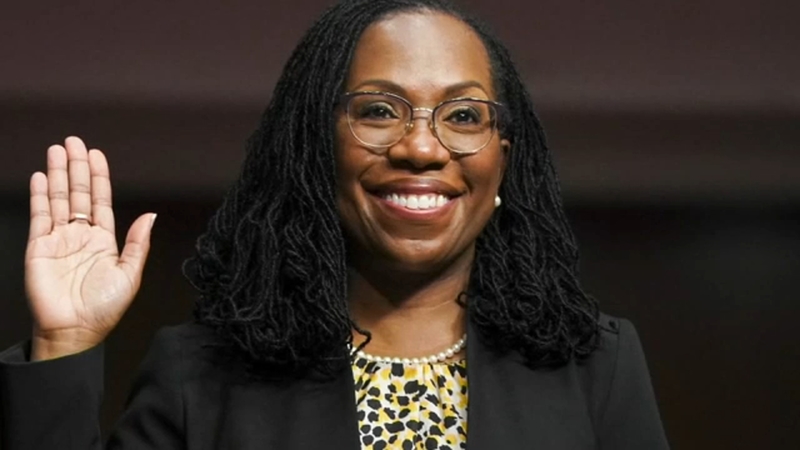 "We're just so elated. This could mean so much for our community -- both the legal community and the Black woman community," said Nakhia Crossley, president of Black Women Lawyers' Association Chicago.

President Joe Biden kept a campaign promise that he made during the South Carolina primary that he would nominate a Black woman to the nation's highest court.

"The work of the Supreme Court influences and shapes what justice looks like in America," said Sandra Finley, president and CEO of League of Black Women. "To be able to have a perspective and a voice in that conversation is everything."

The 51-year-old Harvard Law graduate currently sits on the U.S. Court of Appeals for the D.C. Circuit. She would be the first associate justice with a background as a federal public defender. And the first since Thurgood Marshall to have criminal defense experience.

Cook County Public Defender Sharone R. Mitchell said in a statement: "Jackson knows that the justice system is not infallible - that we often get it wrong - and therefore how vital it is to protect the fundamental rights, liberties and dignity of everyone who interacts with the courts, both civil and criminal."

Democrats have the votes to confirm Jackson without any Republican support.

Senator Lindsey Graham, a Republican who sits on the powerful Judiciary Committee, described Biden's pick to replace retiring Justice Stephen Breyer as a win for the radical left.

"The balance of ideology on the court is going to remain exactly the same. There are six extremely conservative justices. And three moderate to liberal justices," said Carolyn Shapiro, a professor and co-director of the Institute on the Supreme Court of the United States at Chicago-Kent College of Law.