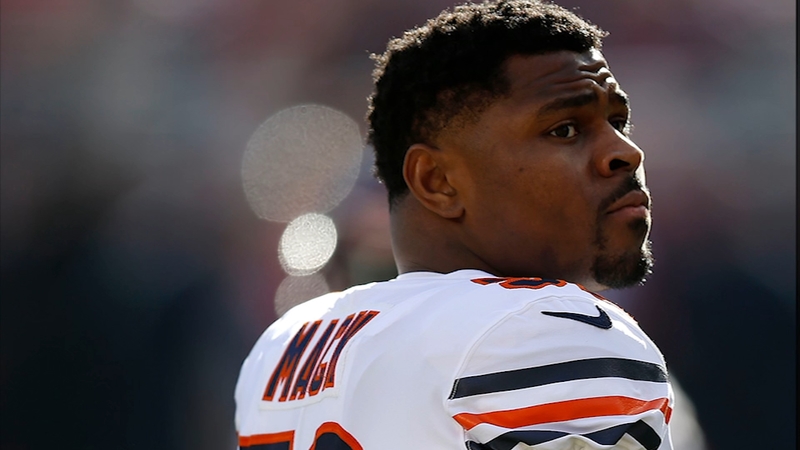 The Chargers are expected to send a 2022 second-round pick and a 2023 sixth-rounder to the Bears in return for the 31-year-old Mack, a source said.

The deal marks the first major move for new Bears general manager Ryan Poles, who was hired in January.

Mack arrived in Chicago via a blockbuster trade with the Raiders in 2018. That first season, he finished with 12.5 sacks and in second place in the AP Defensive Player of the Year vote. It was the only double-digit sack season he had in Chicago; he had six in 2021, but they came in seven games as he had season-ending foot surgery in November.

The Chargers were in need of help along the defensive line. They finished 30th in rushing defense in 2021, allowing 138.9 yards per game, and allowed the highest conversion rate on third down in the NFL (69%).

Now, Mack will join four-time Pro Bowler Joey Bosa in what will be a fierce combination in Los Angeles. Over the past five seasons, Mack and Bosa both rank top four in total defensive pressures. They both have exactly 12 strip-sacks over the last five seasons too, which is tied for sixth in the NFL.

Their presence will come at the perfect time for Los Angeles, with Patrick Mahomes, Russell Wilson and Derek Carr all opposing quarterbacks in a loaded AFC West.