When the drug becomes legal across Illinois in January, many people will be eligible for expungement. The partnership with Code for America will use Clear My Record technology to automatically seal tens of thousands of eligible cannabis convictions in Cook County.

"The technology and innovation made possible through our partnership with Code for America will help us provide broad and equitable conviction relief for tens of thousands of people while ensuring that more of our time and resources can be used to combat violent crime," said Kim Foxx. "This partnership is one of many steps Cook County is taking to leverage technology in order to better serve our community and bring our criminal justice system into the 21st century."

It was two years ago Aaron Floyd was arrested on drug possession, which is his only felony conviction.

"I was walking down the street and a police pulled me over, took my weed. Took me to jail and they charged me," Floyd said.

That one incident has now changed the course of his life.

"It's hard for me to get a job," Floyd said. "I call and they keep popping up. The only job I can get is Uber Eats and they help me a lot."

With this new partnership, that obstacle could soon be obsolete. Floyd's conviction will be expunged as Illinois gets ready to legalize marijuana.

Other in the same situation might soon benefit use of technology that will automatically find those records.

"Our software encodes the law and simply makes it possible to read those records very, very quickly," said Jennifer Pahlka with Code for America. "That outputs the convictions that are legally available to be cleared."

Code For America has helped to clear more than 8,000 marijuana convictions in San Francisco. Those convictions can hurt people's chances of finding a job or even housing.

Code for America's partnership with Cook County expands our Clear My Record program to a second state and further proves that justice can happen at the scale and speed we know is possible in the digital age," said Jennifer Pahlka, Founder and Executive Director, Code for America. "Thanks to the leadership of State's Attorney Foxx, we'll provide conviction relief expeditiously, at reduced cost, and in bulk in Illinois, and help tens of thousands of individuals get a fresh start. And we'll continue to show that government can work as it should for all people, when we bring government into the 21st century."

Under the new law, felony marijuana offenses of amounts involving under 30 grams will be expunged. Furthermore, not prosecuting low-level cases should free up prosecutors to pursue more serious crimes.

Once a record is expunged, a notice will be mailed to that person. The Cook County State's Attorney's Office hopes to begin the process before the end of the year. They said they will start with the most recent convictions and work their way backwards.
Those with 30 to 500 gram possession charges will have to petition to have their charges expunged. And non-automatic expungements are not guaranteed, since prosecutors will have the ability to object.
Report a correction or typo
Related topics:
chicagocook countymarijuanakim foxx
Copyright © 2020 WLS-TV. All Rights Reserved.
RELATED 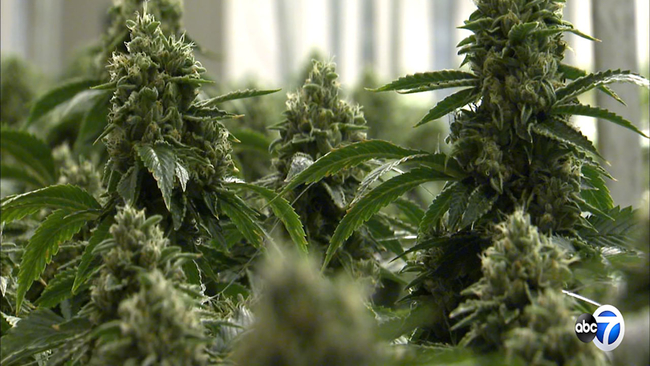 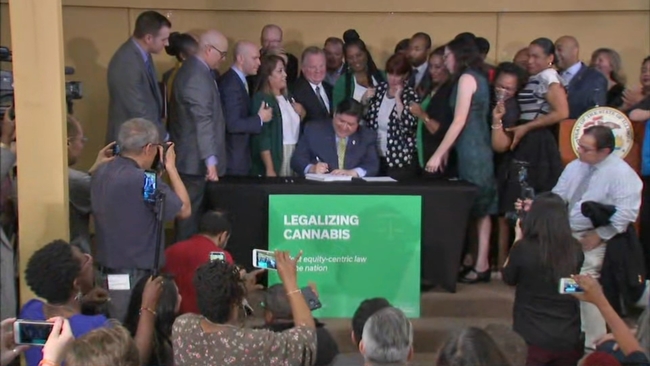