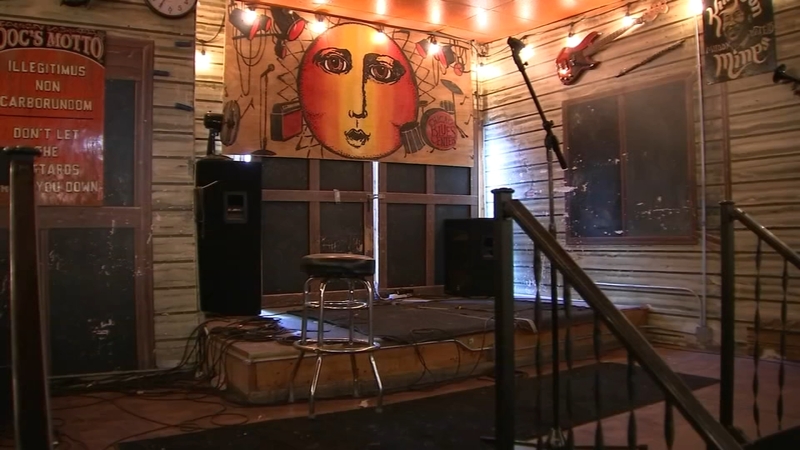 CHICAGO (WLS) -- Just the mention of Kingston Mines brings a knowing smile to the face of many a Chicagoan. The legendary North Side blue club has been showcasing the best of the genre in the city since 1968; more than half a century.

"We had Eric Clapton and Mick Jagger. You know, the Stones would come in. Belushi would come in. We've had so many people come in here over the years, go up on stage and play with the bands and have a great time," said co-owner Donna Pellegrino.

But now, even as they ready themselves to reopen, Kingston Mines is in trouble. Deep trouble. Business, already slowing even before the pandemic, came to a grinding halt in March.

During normal times, two bands would play each night in separate rooms. A staff of 50 depend on the venue for their livelihoods. With no revenue to pay the bills, they have continued to pile up. Now owners Donna and Lisa Pellegrino has resorted to GoFundMe for their very survival.

"It has been tremendous. Thanks to everyone's generosity we have a new hot water heater on the way. And it's just been amazing help. It's what kept the lights on," Lisa Pellegrino said.

"The onus is on us," said Donna. "We've lost so many blues clubs in Chicago and we can't afford to lose more because the bands need to have somewhere to play or they can't stay together."

Their story is not dissimilar from other independent music venues around the city, most of which remain closed. Opening at 25% capacity, as mandated under the Illinois COVID-19 reopening plan, would cost more than it would bring in, said Robert Gomez, owner of Subterranean in Wicker Park.

Gomez also represents the Chicago Independent Venue League, an association calling on Congress to pass the Save Our Stages Act.

"It would allow independent venues like mine that are in closure for public safety to be funded. Just to cover our expenses while being shuttered," he explained. "That would be the lifeline we need. So we wouldn't profit, we'd simply be able to get through this."
Kingston Mines still doesn't have a band booked and they have a lot of work that remains to be done, but their hope is to open over Labor Day weekend. Tables, they said, will be spaced two guitar-lengths apart.
Report a correction or typo
Related topics:
arts & entertainmentchicagolincoln parkwicker parklive musicbusinesssocietycoronavirus chicagocongresscovid 19
Copyright © 2022 WLS-TV. All Rights Reserved.
TOP STORIES
Man loses both legs after Michigan Ave. hit-and-run
Horse 'close to death' after 8-mile Dan Ryan ride now recovering
Woman found screaming in abandoned Far South Side house, neighbor says
Feds recorded Madigan learning about secret payments, records show
NFL QB Dwayne Haskins legally drunk when he was hit, autopsy shows
New book shares wisdom from late Chicagoan and comedian Bernie Mac
MLB suspends slugger for 'Jackie' remark toward White Sox's Anderson
Show More
Stocks surge thanks to big rally for JPMorgan Chase and other banks
Plan to build Bally's casino in River West moves forward
Man gets $14.25M after 20 years in prison for murders he didn't commit
City hosts youth summit to address violence
15-year-old boy killed in Gary shooting, police say
More TOP STORIES News