The facility is one of only nine of its kind in the entire country
By Josh Spreiter, WISC 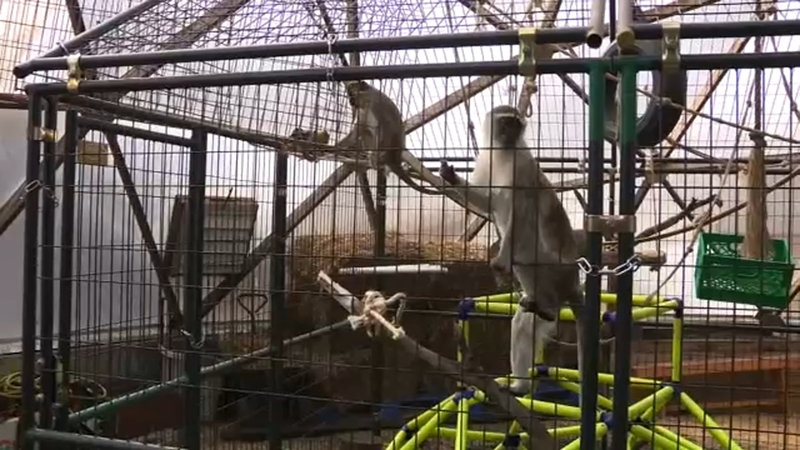 MADISON, Wis. -- We're getting an inside look at a Wisconsin monkey sanctuary. It's essentially a retirement home for monkeys.

The Westfield facility is one of only nine of its kind in the entire country.

"We really want to see natural behavior, so that's part of our rehabilitation process," said Amy Kerwin, president and founder of Primates Incorporated.

Kerwin is proud of the work being done at her facility.

"They're just really beautiful monkeys but they're really meant to be in the wild, so this is the least we can do for them, is provide them with retirement with each other versus humans," she said.

While working in the lab at the University of Wisconsin, Kerwin founded the only sanctuary in the state 18 years ago, WISC reported.

Now, 11 monkeys enjoy freedom from the pet trade, the entertainment industry and labs, where scientists studied the primates because of their similarities to humans.

"I thought that since we were getting funding to test on them because of their similarities, the very least we could do is send them to sanctuaries after," Kerwin said.

"All animals should be retired -- from labs, the entertainment industry, the pet trade -- and I think it's kind of a universal mission that everyone can get behind, and I really connected strongly with it as well," said Alyssa Smolensky, with Primates Incorporated.

Smolensky started off as a volunteer with the non-profit but is now on the board of directors.

"Every time we retire a monkey and they get to go outside for the first time, they get to see other monkeys, make friends, groom each other and play," Smolensky added. "It's always really amazing to see how they relax, and how enjoy their lives. Because some of them have never experienced that before."

More folks from across the country are contacting the facility, so expansion projects are on the table.

Their current building is near capacity, so there is a waitlist for primates waiting to be retired. And because of the specific care these monkeys need every day, it takes a village to get the job done.

"I've made it my life's work but I needed to involve the community over the years and increase awareness about the need to help them," Kerwin said.