Every Lamborghini will have an electric motor by 2024 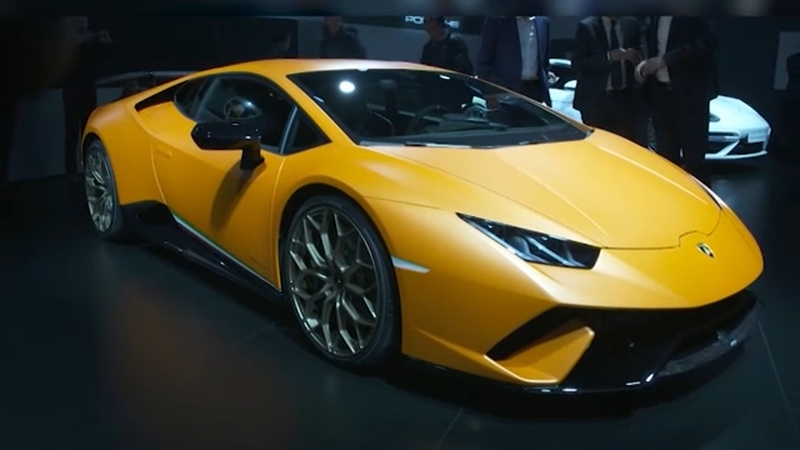 Every Lamborghini will have an electric motor by 2024

By the end of 2024, every model Lamborghini offers will be a plug-in hybrid, announced CEO Stephan Winkelmann. But don't expect a fully electric Lamborghini supercar anytime soon.


Lamborghini's target customers - those who spend hundreds of thousands of dollars on cars that go fast but also look and sound fast - have shown they will accept this type of technology, Winkelmann said. Plug-in hybrids keep the feel and sound of an internal combustion engine when driven aggressively while allowing the car to operate under purely electric power at times.

"Hybridization is very much accepted and full electric cars, in terms of super sports cars, are not," said Winkelmann. "And this is something I also have experienced and seen when I look at other companies."

Lamborghini's Italian competitor, Ferrari, already offers a plug-in hybrid model and Britain's McLaren has one coming soon. There are a few fully electric supercars with extremely limited availability, like the Rimac Concept One and the Pininfarina Battista, but those have come from startups rather than the traditional powerhouses.

With these plug-in hybrid models, Lamborghini hopes to reduce the overall carbon emissions of its cars by 50% by early 2025. The supercar brand is investing 1.5 billion ($1.8 billion), in the project over four years.

"If we look into the challenges of tomorrow, the biggest one, in our opinion, is the one of CO2 emissions, and the goal of reducing them for us is even more challenging and more difficult because we are super sports car company," Winkelmann said. "And we have to face also the fact that it's not only about reducing but also maintaining the performance."

Lamborghini executives have spoken in the past about the challenge of creating a Lamborghini Aventador-style supercar powered solely by batteries. One major problem is that today's batteries just can't squeeze enough energy into a small enough space.


In order to have high horsepower and acceleration while also being able to drive hundreds of miles before recharging, a car will need to carry lots of batteries. If you want a car that's small, light and low to the ground - hallmarks of a sports car - it will quickly run out of power, especially if the driver is mashing the accelerator pedal.

Lamborghini is in the early stages of developing a fully electric car, but it will be a four-seater, not a two-seat sports car, Winkelmann said. Beyond that, few other decisions about the Italian automaker's first electric car have been made. Even the number of doors - two or four - is still undecided.

That electric car could share engineering with the Porsche Taycan and Audi E-Tron GT. Both are four-door high-performance electric cars made by corporate relatives of Lamborghini. (Like Lamborghini, Porsche and Audi are part of the Volkswagen Group.) Or Lamborghini could develop the electric car entirely on its own, Winkelmann said.

"At the end of the day, you need to change everything, [but not] change anything," said Winkelmann. "To remain like we are. This is the main challenge of today."

Porsche executives have said the same thing when explaining why that brand has announced no plans to offer an electric sports car. The next Porsche EV will be a small SUV similar to the Porsche Macan.

As an alternative to electric cars, Porsche is working with several energy companies to create carbon neutral fuels that can be burned in internal combustion engines without raising the level of carbon dioxide in the atmosphere. Lamborghini is also looking into the use of these so-called e-fuels, Winkelmann said.


Lamborghini has produced some concept cars and limited production models over the years that hint at possible directions the Italian brand could take. For one thing, Lamborghini has been working with scientists at the Massachusetts Institute of Technology on special supercapacitors that can store and hold a lot of energy in less space and with less weight than batteries. They can also take in and release energy more quickly than batteries. The Lamborghini Terzo Millennio concept car, unveiled in 2017, showed what an electric supercar with that technology might look like.

The Lamborghini Sián, a limited production model unveiled in 2019, is a hybrid. It has no charging port, but uses extra energy from the car's gasoline engine stored in a supercapacitor to provide additional power when accelerating and during gear shifts.

The Volkswagen Group is also a major investor in QuantumScape, a company that is developing solid-state batteries. This type of battery can contain more energy in a smaller space than today's lithium-ion electric car batteries, which are made with liquid chemicals. They could, potentially, help overcome the size and weight challenges of a high performance sports car.

QuantumScape chief executive Jagdeep Singh said his company has been talking with some "supercar-type players," but he would not name any companies. Lamborghini executives declined to comment on any potential battery technologies.