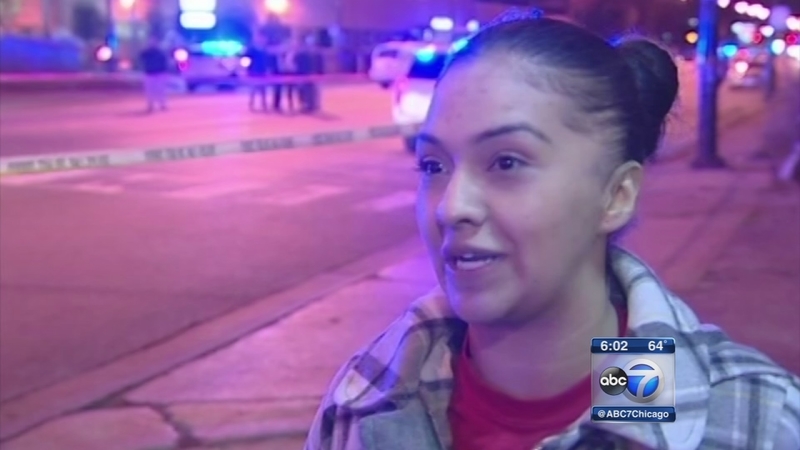 CHICAGO (WLS) -- An eyewitness to the police shooting of Laquan McDonald claims Chicago police officers pressured her; worked her over in the police station and told her and other witnesses to change the story of what they saw.

Nearly two years ago on October 20, 2014, 17-year-old McDonald, armed with a small knife, was chased by Chicago police and was shot 16 times and killed by Officer Jason Van Dyke.

Alma Benitez was at a Burger King near the line of fire.

In an interview on the scene shortly after the police shooting, she described in vivid details what she saw.

During the interview, Chicago police can be seen within earshot. A short time later they took Benitez to area central headquarters were she was held as a witness for six hours and repeatedly questioned.

What police allegedly wanted her to forget may have been what she told a news camera right after the shooting.

"They basically had him face-to-face. There was no purpose why they had to shoot him," she said.

The federal complaint repeatedly cites a police "code of silence" that Mayor Rahm Emanuel and others have admitted exists.

She claims the misconduct and unconstitutional acts against her caused a loss of "physical liberty and emotional distress" and wants the city to pay her an unspecified amount in monetary damages.

Van Dyke is facing first degree murder charges in the case and a grand jury will consider whether other police officers and officials tried to cover-up what happened.

Benitez and neither she nor her attorney agreed to interviews with ABC 7.

The lawsuit also alleges that after police saw Benitez trying to record the shooting on her cellphone, they tried to "view, extract and/or remove" that recording from her phone.