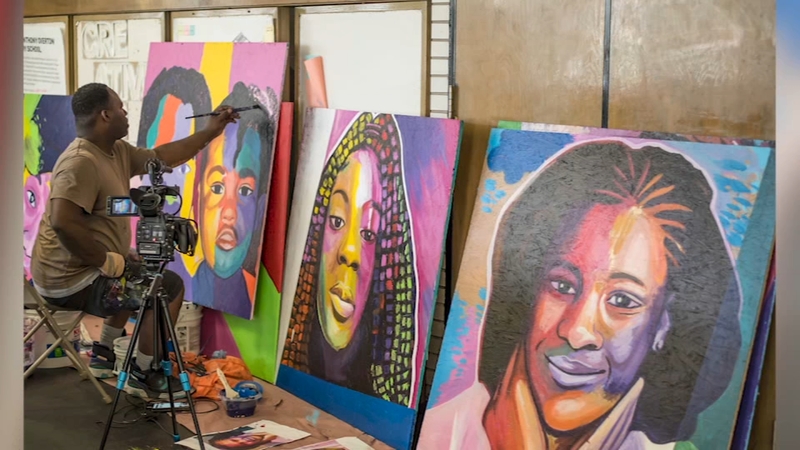 CHICAGO (WLS) -- Filmmaker Latoya Flowers grew up in Auburn-Gresham and her vibrant work is ever inspired by her Chicago roots. Her latest film tells the story of an artist using his talent to honor Black women who go missing, with little effort to find them.

Damon Lamar Reed is a South Side artist doing portraits of Chicago women who've disappeared, some as just children. Flowers is turning Reed's mission into a film due out next year. Her husband, Warren Rudd, is creating animations to enhance the storytelling.

"Missing Black women and girls is still one of those topics that just doesn't really get shared," Flowers said. "Just speaking their names will help bring some information to these cases, and help keep these cases open, allowing us to see these women in a human way."

Flowers is the senior multimedia creative at the Field Museum, working on exhibitions and installations. And she's already a versatile director, having made a film about her late grandfather, who founded the First Greater Bethlehem Church over 75 years ago.

"My grandfather was one of the oldest living ministers here in Chicago," she said. "He helped to jump start Mahalia Jackson's career."

"Derby Girls" was a thesis film for graduate school.

"The women in the film, their passion for the sport, how they balance family life and the camaraderie with their teammates, that's something that really drew me to that film," Flowers said.

Chicago's own Kartemquin Films is helping Flowers get "Still Searching" launched. So is Hulu.