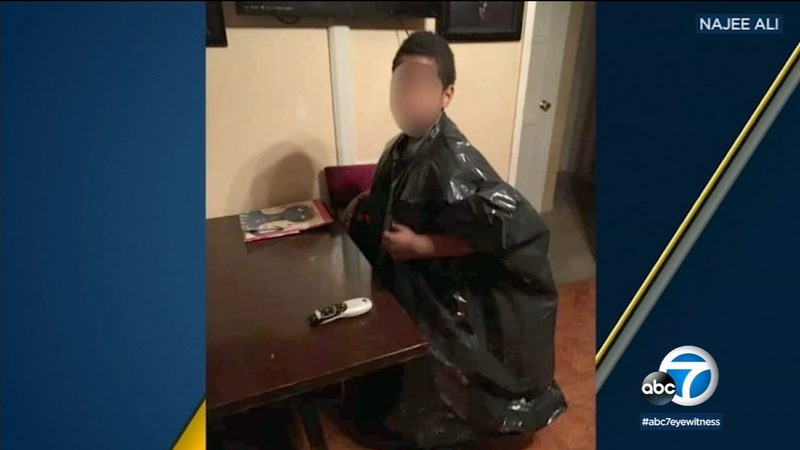 Lawsuit against LAUSD claims boy, 8, denied restroom, forced to urinate on self

SOUTH LOS ANGELES -- The parents of an eight-year-old boy have filed a lawsuit against the Los Angeles Unified School District, alleging that their son wasn't allowed to use the restroom at school and was subsequently forced to urinate on himself.

The boy was attending Manhattan Place Elementary School in South Los Angeles last November when he was ignored by his teacher after he asked to use the restroom, according to the lawsuit. He then went back up to ask a second time.

"Instead of just letting him go, the teacher told him to urinate in a trashcan that was in the classroom and in front of his classmates," said the family's attorney Toni Jaramilla at a press conference.

In the process, Jaramilla claims that the boy urinated on himself, soaking his clothes and was then sent to his after-school enrichment program called L.A.'s Best.

"That employee, for whatever reason, placed two trash bags on the boy which caused further embarrassment," she added.

The boy's parents were never notified. His mother, Sonia Mongol, claims that her son is traumatized and confused. The lawsuit is seeking damages for extreme negligence and creating a hostile environment.

"He doesn't understand why when he went to adults for help they would do this to him, so it's had a lasting effect on him," Mongol said.

The school district issued the following statement: "While we cannot comment on pending litigation, the Los Angeles Unified School District remains committed to ensuring the safety and well-being of all students."