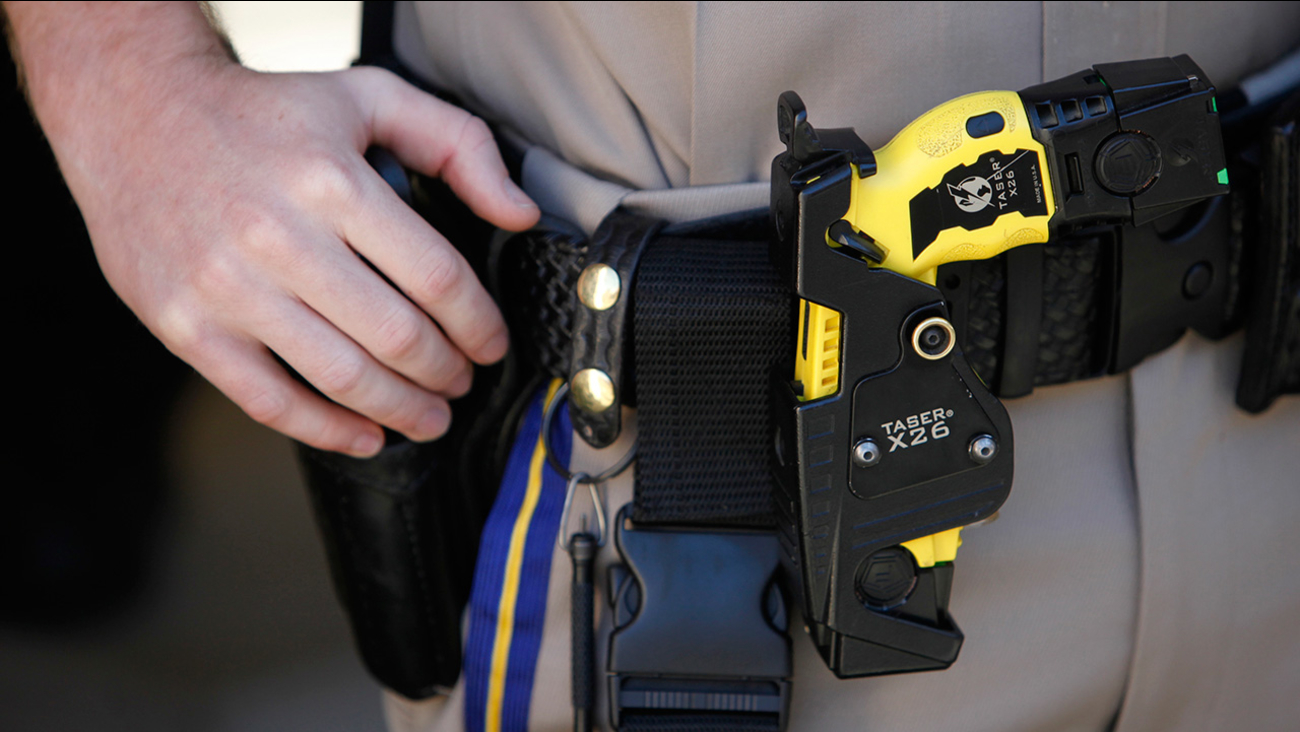 A Taser X26 stun gun is seen on the belt of a police officer. (AP Photo/Danny Moloshok)

PIERRE, SD -- A family is suing the city of Pierre, South Dakota after police officers fired Taser darts into the chest of an 8-year-old girl.

"The force of the electricity shot through her body, lifted her, and threw her against a wall," the lawsuit, posted to CNN, states. "After the officers had stunned (the girl) into high voltage submission, they pulled the fish-hook like Taser darts from her chest, gave her emergency medical attention, bandaged the holes left by the razor-sharp hooks, and called the ambulance."

The police department defends the officer's actions, claiming the 8-year-old girl was deploying the Taser "might possibly have saved this girl's life."

"Given the circumstances facing the officer at the time, it appears from the report that deploying a Taser was the best viable way to defuse the situation," Wendy Kloeppner, the Hughes County state's attorney, said in a statement.

"Four trained police officers surrounding a 70-pound, 8-year-old Indian girl should have used less risky tactics," the family's attorney Dana Hanna said. "One distracts her, another grabs the girl's arm. That's what they should have done. She was a kid throwing a tantrum. They should have made an attempt to grab the kid, not use a weapon to throw her into a wall. A Taser's not meant to kill, but it does kill. Many people have died after being hit by a Taser by cops. It never should be used on a little child. She certainly wasn't presenting a danger to officers."