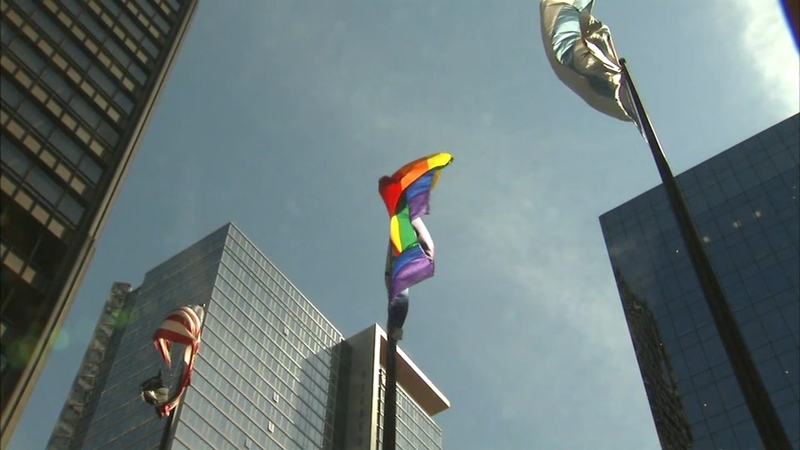 CHICAGO (WLS) -- As the first openly LGBTQ+ Cook County Commissioner, Kevin Morrison was proud to kick off Pride Month in the county with the raising of the rainbow pride flag at Daley Plaza.

For the first time ever, it will fly throughout the month.

"By raising the rainbow flag we are sending a clear message. No matter who you love, you are welcome in Cook County You are celebrated. You are equal," Morrison said.

Morrison said he takes pride in representing the LGBTQ+ community.

"Growing up in Elk Grove Village, I never thought I would get the opportunity to serve my community as an elected official," he said.

The month of June was chosen for Pride Month to commemorate the riots held by members of the LGBTQ+ community against a police raid at the Stonewall Inn in New York City in June 1969. The first pride marches happened a year later, including in Chicago.

"The first pride parade was a rebellion," said Jennifer Brier, the director of and professor of Gender & Women's Studies at the University of Illinois at Chicago. "It was an attempt to tell the police that they had to stop attacking people because of the places that they congregated."

The annual pride parade on the North Side is always a huge celebration. It was cancelled last year due to the pandemic. This year, organizers pushed it back to October to allow for a larger event.

October is LGBT History Month. The Legacy Project is always focused on highlighting the history of the LGBTQ+ community during Pride and throughout the entire year.