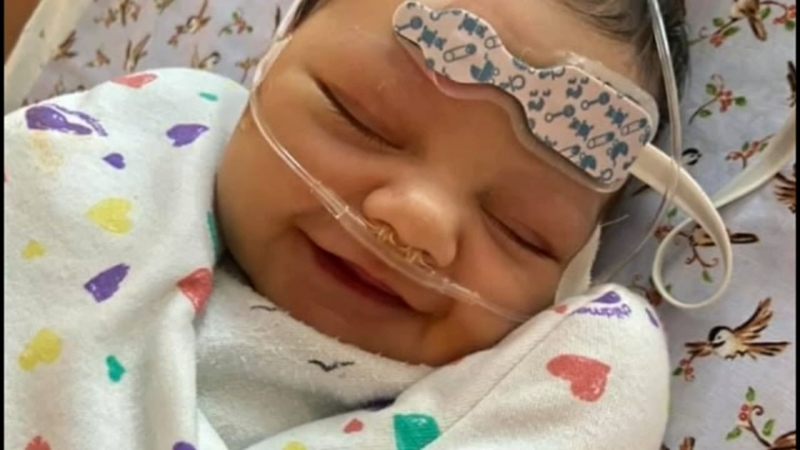 GREENLEAF, Wis. -- The rush is on to find a liver for a weeks-old Wisconsin baby in dire need of a transplant.

The newborn from Greenleaf is the youngest and only girl in the family.

"Pretty routine. We were out of the hospital, we went home 24 hours after. Just had some routine follow-ups with her bilirubin and after a few checkups, things weren't really adding up," said Lydia's dad, Andy.

A trip to childrens' hospital in Milwaukee last week led to a diagnosis of acute liver failure.

"They thought maybe they could use some options where, if they gave her medicine and gave her some time her liver would kind of fix itself because it can regenerate on its own. So, I feel like the beginning of this week is when numbers weren't changing," said the baby's mom, Jessica.

At less than a month old, it was determined that Lydia would need a liver transplant to survive.

"She's been just tremendous. She's just so strong and doing a great job. She's very alert, she's feeding normally and you wouldn't think anything else was wrong," Andy said.

Being monitored closely and medicated, her hospital team and family are now looking for a liver donor.

The ideal candidate would be 18 to 40 years old with type A or O blood. They also must weigh 80 pounds or less because Lydia is so small, WISN reported.

"The liver is a very unique organ because of its ability to regenerate and so each segment or portion of the liver has its own blood supply and so we are able to take that from an adult, but we have to find a very small portion and so the smaller the person, the smaller the segment to donate to the baby," said Shannon Sova with Froedtert Hospital and the Medical College of Wisconsin.

The Pennenberg family is taking their plea to Facebook in hopes of getting as many eyes as possible on Lydia's story, confident someone will help their little girl.

"We know it's not going to be easy, but we know there's a great fighting chance and there's a lot of people out there that want to make a difference and I can't think of any better difference they can make than saving a baby's life," Andy told WBAY.

People who may meet the criteria to be a potential donor should register online in order to be screened.