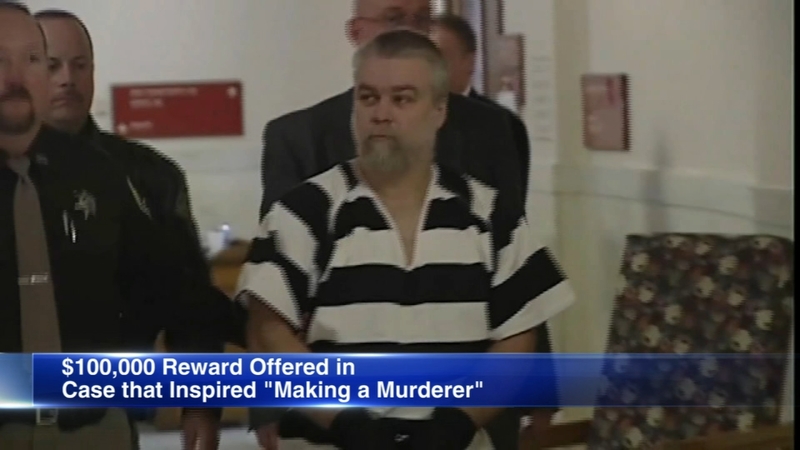 WAUPUN, Wis. -- The attorney representing Steven Avery, the man who was found guilty of killing Teresa Halbach in 2005, has announced a substantial reward for the discovery of Halbach's "real killer," according to a press release.

Kathleen Zelner, Avery's attorney announced the substantial reward in a press release Monday, reported WTMJ. Zelner said the funding was provided by a concerned citizen, for the "arrest and conviction of the real killer of Teresa Halbach."

Steven Avery was convicted of 1st-Degree Intentional Homicide, among other crimes in the 2005 killing of Teresa Halbach after a lengthy and controversial trial that took place in Manitowoc County.

RELATED: 'Making a Murderer' appeal to be heard by full federal court in Chicago

Avery has attempted to unsuccessfully appeal his conviction several times. He is currently serving a life sentence in the Waupon Correctional Institution.