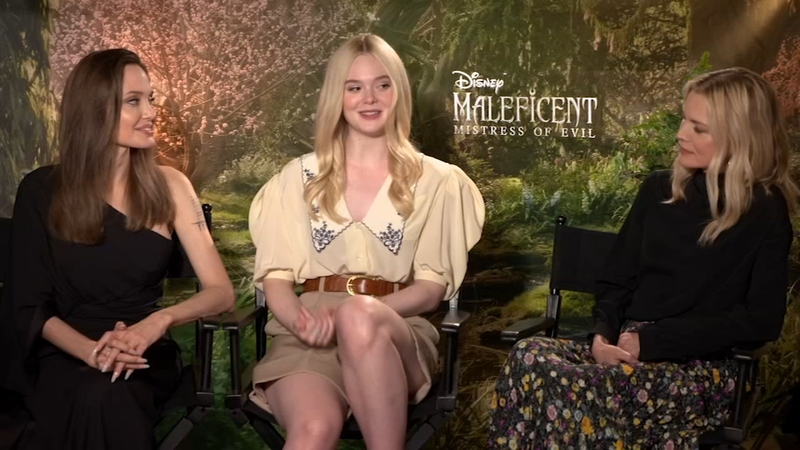 Disney fans get ready because "Maleficent: Mistress of Evil" is back in theaters Thursday night!

Angelina Jolie and Elle Fanning are joined by Michelle Pfeiffer in the bewitching fantasy sequel.

Maleficent raised Aurora as her own and she's got a very bad feeling about this engagement.

'Maleficent: Mistress of Evil': The men of the movie sit down for interview ahead of sequel premiere
EMBED More News Videos

Disney fans get ready because "Maleficent: Mistress of Evil" is back in theaters Thursday night!

In this Disney movie, Michelle Pfeiffer is the conniving mother of the future groom.

"It shows characters that are good and bad, that are dark and light," said Pfeiffer, "and I think we all have that in our nature, and I think that sets this apart from other fantasy films."

"As our relationship has grown in the film, it's also grown in real life," said Fanning. "And to watch Michelle come in and to watch them battle it out, I think we all want to see that!"

"I love having teenagers, I don't know why, it's brought out all that wild in me that...I love it, I'm so curious about the people my children are becoming," Jolie said. "I'm even curious about the mistakes they're going to make and everything that they are because that's life and that's who they are."