Man convicted in Blair Holt murder gets 75 years at resentencing 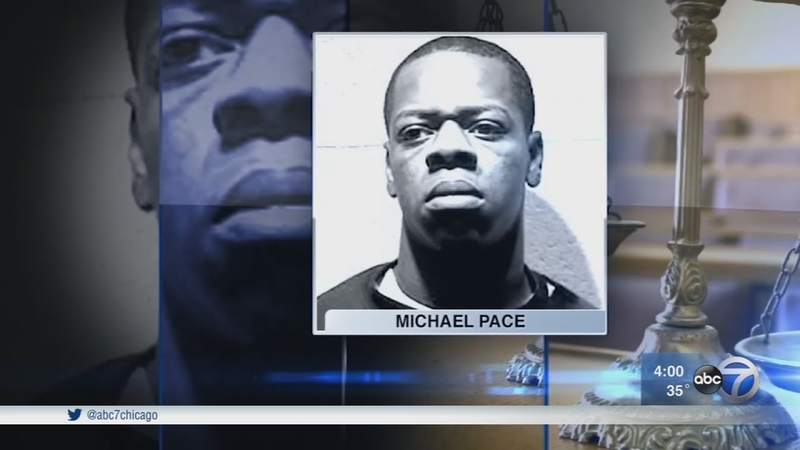 CHICAGO (WLS) -- A man who fatally shot 16-year-old Blair Holt on a CTA bus in 2007 was resentenced Tuesday to 75 years in prison.

Michael Pace, 27, was originally sentenced to 100 years in prison, but was re-sentenced partially because of new guidelines which allow those convicted as juveniles to have their sentences reconsidered.

Holt's parents were not happy about the lower sentence handed down by Cook County Judge Matthew Coghlan.

Blair Holt was killed as he tried to shield a friend from gunfire on a CTA bus.

Pace had faced between 32 and 100 years in prison. Now, he won't be eligible for parole until he is about 85 years old.

The new sentencing guidelines, along with what were deemed improper actions by the previous judge, resulted in an appeal.

In court on Tuesday, Judge Coghlan said: "The defendant's actions were evil. They were cold. They were calculated. They were premeditated, with the specific intent to kill."

Pace was seen on video and identified by witnesses as the gunman that shot and killed Holt, who was shielding a friend from the gunfire on the bus after school. Pace had opened fire on a rival gang member on a crowded bus on the city's South Side.

"There is no question as to his guilt. He has admitted his guilt. He plead guilty. The evidence is overwhelming. The only question is: What is the appropriate punishment?" Coghlan said.

Holt's parents previously told the judge they hoped Pace would be resentenced to 100 years.

The judge also mentioned Pace's 47 tickets for disciplinary problems while in prison as his reason for awarding only a slight reduction in sentence.