Man who saved 2 from fatal I-55 crash that killed best friend, Jamie Poulos: It was instinct 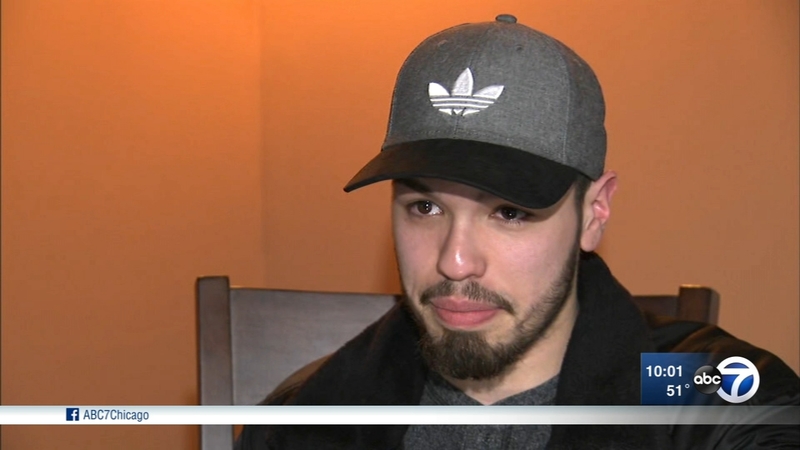 Man who 2 from fiery fatal I-55 crash that killed best friend: It was instinct

CHICAGO (WLS) -- One of the passengers inside a fatal, fiery crash on I-55 in the early hours of Sunday morning is speaking out for the first time. His best friend, 23-year-old Jamie Poulos of Berwyn, was killed when a car slammed into their rideshare vehicle on their way home from celebrating her birthday.

Anastacio Morales said he remembers their car just spinning after it was hit on the Stevenson Expressway near Damen Avenue. He was able to pull the driver and his other friend, Alexandria Kariott, out of the burning vehicle.

RELATED: Berwyn woman, 23, killed in I-55 crash after celebrating birthday

"I'm teeter-totting between being called a hero and feeling like I wasn't able to do enough for one of my friends," Morales said.

He managed to escape the crash with just a few blisters on his hands from the inferno.

"It's hard, but I know I saved a very good friend of mine," he said.

Morales, Poulos and Kariott were on their way home to Berwyn in an Uber at about 3:20 a.m. Sunday after celebrating Poulos' birthday in downtown Chicago. Another vehicle slammed into their car in the southbound lanes. The Uber burst into flames.

Morales weighs just 140 lbs., but he was able to pull the Uber driver and Kariott to safety. Karriott was seriously injured, suffering serious burns.

Morales said he couldn't save Poulos; she was trapped in the back seat.

The fire grew, and Poulos did not survive.

"She wasn't screaming, she wasn't saying anything, there was just no response from her," he recalled.

Morales said he acted on instinct; he just went to the burning car and did what he could.

Witnesses said the driver who hit Morales and his friends ran away until police caught him.

Morales is now trying to understand his new path. He has a message for young adults like the one who caused the wreck.

"You may be in your 20s and you're starting life. But you're not invincible. And you do have to be responsible. Not only for yourself, but to understand that because of your terrible decisions, you can cost somebody else's life," Morales said.