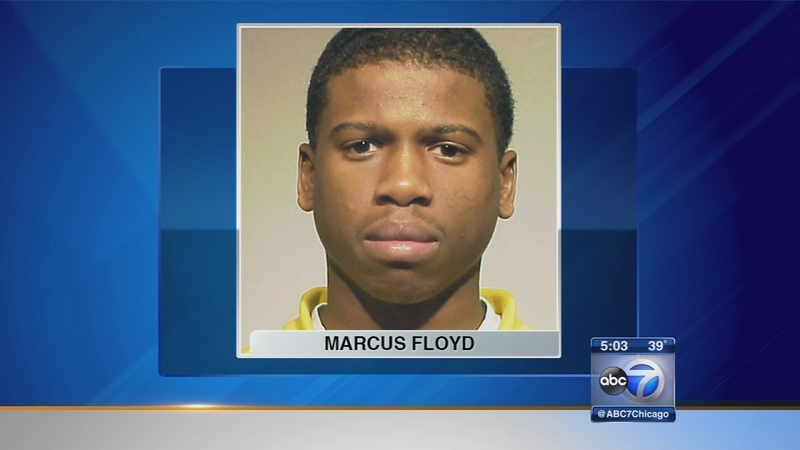 CHICAGO (WLS) -- Marcus Floyd was sentenced to life without parole on Tuesday for the murder of off-duty Chicago Police Officer Thomas Wortham IV in 2010.

A long chapter has finally come to an end for the Wortham family, but the pain will always persist. It has almost been six years since the off-duty Chicago police officer was shot and killed in front of his childhood home during a robbery attempt.

With two people already convicted and sentenced to life in prison, Floyd was the final defendant. While he did not fire the gun, Floyd will also be spending the rest of his life behind bars.

"We are of course over the moon for the family, happy that this part of the ordeal is complete, and just hope that from this point forward they can go on remembering the life and the legacy of their son," said Risa Lanier, assistant Cook County state's attorney.

Having just returned from his second duty in Iraq, Wortham was killed when Floyd, his cousin and two others tried to rob Wortham of his new motorcycle. Wortham and his father, retired police sergeant Thomas Wortham lll, both opened fire, hitting Floyd and his cousin.

During Tuesday's sentencing hearing, Floyd didn't apologize. Instead, he asked Wortham III why he shot an innocent man.

Wortham III told the court he not only lost a son, but his fishing and golfing partner. Carolyn Wortham spoke about her son's contributions to the community and how Floyd does not deserve a second chance.

"My experience has told me some bad people will not change and those people should not walk among us," Carolyn Wortham said.

Wortham's sister Sandra told the court: "People like Marcus Floyd are excellent at making excuses for themselves, but terrible at doing anything to better their situations."

Floyd claims he had amnesia and can't remember anything about the night Thomas Wortham was killed.

While the Wortham family has been very vocal in speaking out against gun violence, they did not speak to the media following sentencing. Besides a life sentence without parole, the judge also sentenced Floyd to an additional six years for the attempted murder of Wortham III.