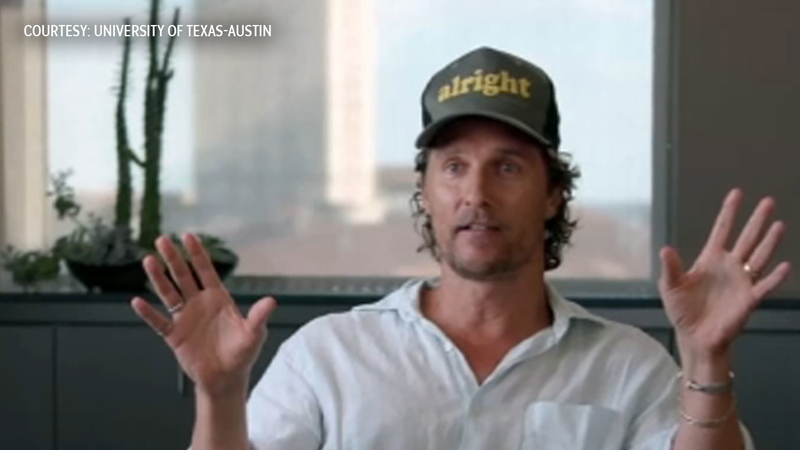 AUSTIN, Texas -- Actor Matthew McConaughey is joining the University of Texas' Department of Radio-Television-Film as a professor of practice, the university announced Wednesday.

The Oscar-winning actor graduated from UT Austin in 1993 with a film degree. Decades later, he returned to UT to develop a Script to Screen film production class that he has co-taught as a visiting instructor since 2015.

The university said the course "provides a unique, behind-the-scenes view of each stage of a film's production" and "has helped transform how media production is approached and taught."

"It's the class I wish I would have had when I was in film school. Working in the classroom with these students gives me a chance to prepare them," McConaughey said in a statement provided by the university. "Making movies, turning words on paper into film, is both a science and art - no matter the time or generation. The elements of truth and genuine joy for the process are timeless. That will always be our classroom focus."

Matthew McConaughey delivered a 2015 commencement address at the University of Houston.