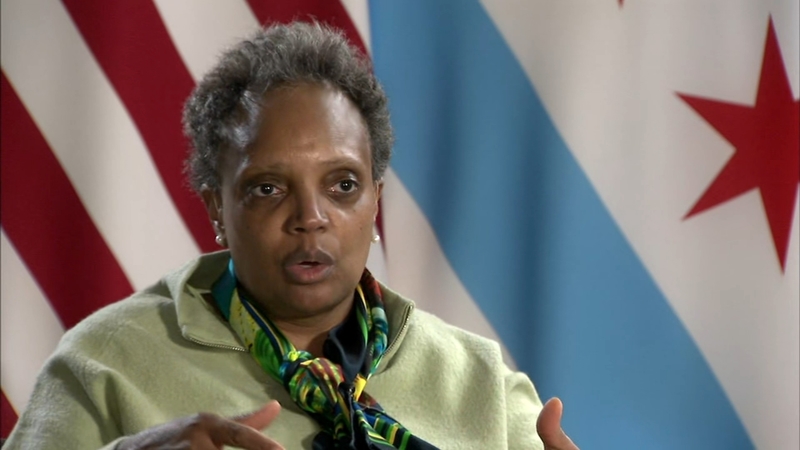 Mayor Lightfoot reflects on leading Chicago through a pandemic

CHICAGO (WLS) -- Chicago Mayor Lori Lightfoot offered some hope for this summer and the return of concerts, festivals, and the ability of people to enjoy the beaches, but still warned the city not to let its guard down.

During an exclusive one-on-one interview with ABC7 Eyewitness News, Lightfoot reflected on the challenges of this last year running the nation's third largest city during a pandemic.

"I never would have imagined before it happened, that we'd be shutting down huge portions of our life, not just our economy but our life," Mayor Lightfoot said. "It felt very much like we were on our own. Trying to figure out a very difficult, once in a, hopefully, lifetime experience without a lot of guidance. Little did I think a year later we would still be very much be in the thick of this."

Chicago Mayor Lori Lightfoot offered some hope for this summer but still warned the city not to let its guard down.

In hindsight, would she have done anything differently?

"Well, that's a hard question to answer only because this was so new. There wasn't a playbook for it," Lightfoot said.

Lightfoot suggested things may have been worse when the pandemic hit if Chicago had not been so prepared with PPE, ventilators and other supplies.

"We were well positioned in Chicago, because we stockpile resources all year round," Lightfoot said, giving credit to the city's Department of Public Health. Now, she's looking ahead with cautious optimism.

But after enduring a year without concerts and other festivals and outdoor activities that Chicagoans look forward to in the summer, the mayor offered some hopeful news.

"Well, without naming anything in particular, I do believe that we will see opportunities for culture and arts to come back into our city," Lightfoot said.

She added that beaches should be open, but people will still have to be cautious.

"I want to urge people not to throw caution to the wind," she said. "Probably one of the biggest concerns I have is people forgetting that COVID still going to be with us even in the summer."

As more people get vaccinated, Lightfoot is hoping it will bring more workers back downtown, helping rejuvenate the economy.

She dismissed concerns that the pandemic could derail her reelection plans.

"First of all, the politics always take care of themselves. What I hope that I have done over the course of this year is shown leadership, strength and determination, listening in the midst of a series of back to back to back crisis," The Mayor said.

She said the death toll from COVID-19 has been the hardest part.

"It's been devastating. You can't do this job and bear witness to that kind of suffering without being dramatically impacted. I will never forget what I've experienced over the course of this year," Lightfoot said