Maywood police were involved in a shooting outside a Burger King in Maywood.

MAYWOOD, Ill. (WLS) -- An armed robbery suspect was injured after an exchange of gunfire with police outside a Burger King restaurant in Maywood Sunday night, Illinois State Police said.

The incident was captured on cellphone video.

At about 8:15 p.m., Maywood police responded to a report of an armed robbery at the Burger King Restaurant near Lake Street and North First Avenue, police said. Witnesses said they believe the suspect had a BB gun.

As the suspected robber was leaving the scene, there was an exchange of gunfire with two Maywood police officers who were just arriving.

"This other guy that was talking to them, he was the one that told us that it was a BB gun that the robber had that it was supposedly a robbery and that he shot the girl a couple times and that's why she was freaking out because she kept saying that they shot her," said witness Daniela Peralta.

"They were in the ambulance working on the officer for about 10 minutes, so I'm thinking it wasn't that grave and he was up talking and everything, so I don't think his condition was that serious," said witness Damien Harvey.

An employee was also hit by the robber's BB gun, but did not sustain serious injury. Burger King has declined to comment. 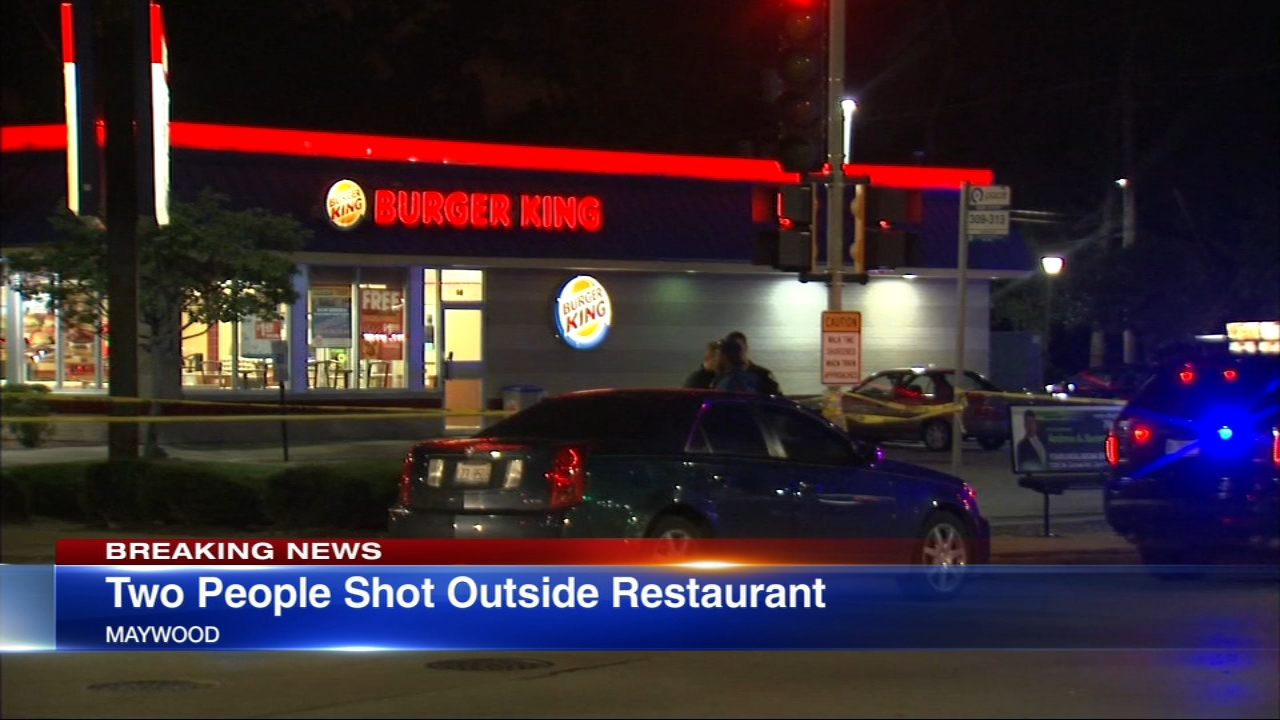 At least 2 shot outside Burger King in Maywood

LIVE: Boating safety update after 1 goes missing from the 'Playpen'