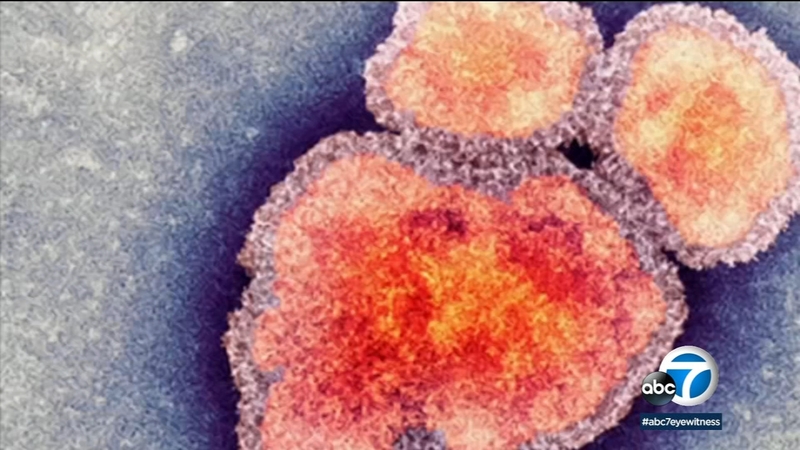 LOS ANGELES -- Health officials issued quarantines at UCLA and Cal State, Los Angeles to prevent the spread of measles, with more than 100 students and faculty members at each university under quarantine orders.

UCLA said 117 students and faculty are being held while they await medical records to determine whether they're immune to the illness. More than 500 students, faculty and staff who may have come into contact with a student who contracted measles were screened. The student with measles attended classes at Franz Hall and Boelter Hall on April 2, 4 and 9 while contagious, according to UCLA.

"We expect that those notified will be quarantined for approximately 24-48 hours until their proof of immunity is established. A few may need to remain in quarantine for up to seven days. We have arranged for those who live on campus to be cared for at UCLA while they are quarantined," UCLA said in a statement.

Some students at UCLA said they were unaware of the quarantine order.

A person with measles visited CSU Los Angeles' Library North on April 11 from 11 a.m. to 3 p.m. As a result, university officials said 127 staff employees and 71 student employees were sent home under quarantine orders and told to stay home to avoid contact with others as much as possible.

Cal State, Los Angeles students are on edge after students at the school and at UCLA were put under quarantine orders due to the potential spread of measles.

"The Department of Public Health has determined that there is no known current risk related to measles at the library at this time," CSU Los Angeles said in a statement.

The Los Angeles County Department of Public Health said it's working with both universities "to institute a series of actions to limit the spread of measles based on its assessment of the previously identified measles cased."

Measles is highly contagious and can stay in the air for up to two hours after an ill person coughs or sneezes, and can stay on surfaces for several hours, health officials say. About 90 percent of people who are exposed and not immune to the illness become sick 7 to 21 days after exposure.

The county public health department says schools are "high-risk setting for exposure due to potentially frequent and prolonged contact."

MORE: Measles outbreak - many of those susceptible to infection are college age

The Centers for Disease Control and Prevention says the United States now has the highest number of measles cases in a year since measles were eliminated in 2000, with 695 measles cases reported in 22 states.

Los Angeles public health officials declared a measles outbreak in the county, making it the latest metro area to be struck by the illness.