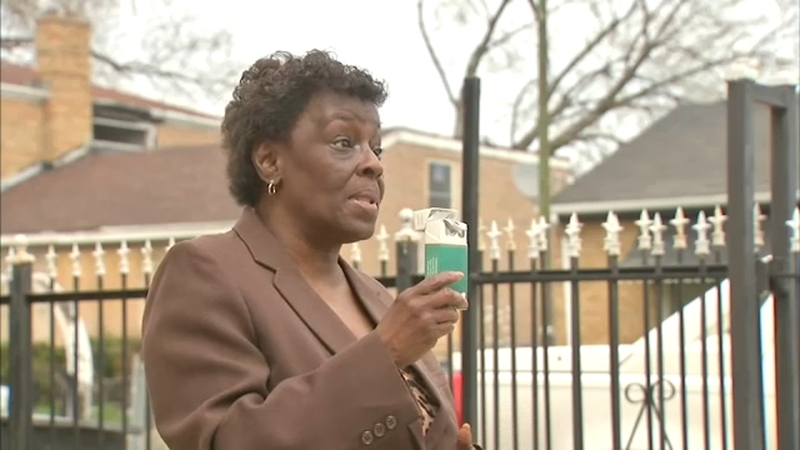 CHICAGO (WLS) -- The FDA has proposed a ban on menthol cigarettes. It's aimed at preventing young people from starting to smoke and encouraging more people to stop smoking.

However, quitting can be easier said than done.

Janice Fair said she has been smoking menthol cigarettes since she was 15-years-old. Now, on her 63rd birthday, she's sharing about her life-long struggle to quit flavored cigarettes.

According to the FDA, menthol and nicotine interact in the brain, enhancing the addictive effects, and that's why the FDA wants to prohibit menthol and flavored cigars.

"That's what unfortunately happens to our patients that get addicted to cigarettes. They start with these flavors and then they can't stop," said Dr. Lori Wilken, director at UI Health Tobacco Treatment Center.

Dr. Wilken has been working with Fair.

"The population that I serve here, I would say, 85% Black or African-American, and the majority of them smoke menthol cigarettes," Dr. Wilken added.

Fair is using medicated gum to help stop, but when it comes to the FDA's proposed ban, she said it should have happened years ago.

"It's a little bit too late because a lot of people have died from smoking these cigarettes, and others have cancer all over their bodies," Fair said.

Fair has a quit date of May 29, her sister's birthday. And if you ask her or her doctor, it's possible.

"She's very optimistic, and her family is very supportive of her, that I think she's going to get there," Dr. Wilken said.

"I was very happy to hear that the U.S. Food and Drug Administration was proposing a ban on menthol cigarettes and flavored cigars. We as a public health department and as a City are fully supportive of this move in order to protect individuals from this highly addictive and deadly habit.," she said.

She added that Chicago was the first city in the nation to include menthol in a flavored tobacco sales ban, which covers stores within 500 feet of high school, as well as passed a ban on the sale of flavored vaping products in the city.